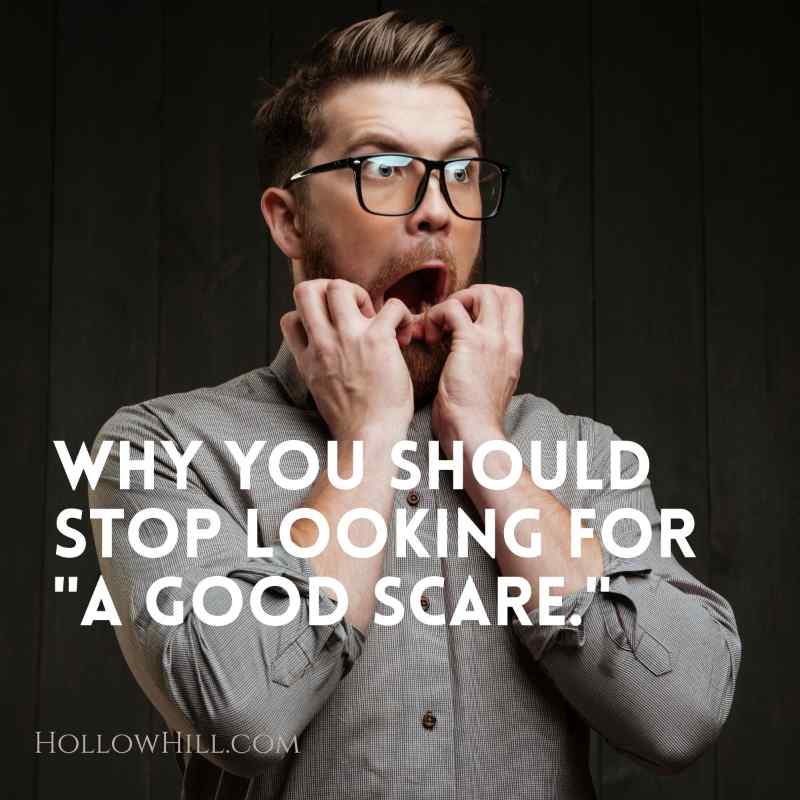 Ghost Hunting – Why You Should Stop Looking for a “Good Scare”

Ghost hunting? In it for a “good scare”? Maybe that’s okay… but it might also put you in danger. Something you’ll regret for the rest of your life.

Many people start ghost hunting for fun. They’re looking for a real-life scare… like they’ve seen on TV.

In my opinion, there’s nothing wrong with that.

Not on its own.

Of course, if drinking or drugs are involved, it’s risky to visit haunted places. That’s not just about ghost hunting dangers. A bigger concern may be the police who closely watch “haunted” sites and arrest trespassers.  We’ve all joked about teachers who warned us about our “permanent records,” but arrests are the real deal. Explaining one to a future employer…? That can be a challenge, especially if the arrest referenced drinking or drugs.

But if a TV show got you interested in ghost hunting, and you just want to try it yourself, go for it. In fact, many people who thought ghost hunting was a one-time “just for fun” adventure, later become serious researchers.

So, why should anyone stop looking for a “good scare”?

It’s because a problem is emerging.

At this point, it’s not widespread, but it’s important to keep in mind just in case.

It’s related to adrenaline addiction. That is, the constant pursuit of greater & greater dangers, just for the thrill.

Let’s say that Joe and his friends visit a famous haunted cemetery (or a battlefield, an abandoned hospital, or a deserted house).

They wander around the site, griping about stupid ghost stories, stupid ghost hunters, and how this visit is a waste of time.

That’s when they encounter something odd.

And, on closer investigation, they realize it’s truly scary.

They run, nearly falling over each other, back to the car.

“Holy crap,” one of them says. “What the heck was that thing?”

“I dunno,” another replies. “I wish we’d never gone there.”

Eventually, they go home. And, for a few days, each promises himself he’ll never joke about haunted places again.

And Then, the Scare Wears Off

Some time later, Joe decides he was just imagining things.

Or maybe he realizes how alive he felt, in that moment of terror.

He decides to revisit the site – his own or with his friends – to see how it looks, now.

One of four things result:

If nothing happens, Joe may shrug and laugh about how scared he was. In time, he may forget the whole thing.

If it’s 2 (Joe debunks it) or 3 (Joe isn’t so scared), he may decide he’s kind of interested in this. He learns more about ghost hunting, goes on a few ghost hunts, and becomes a serious researcher. 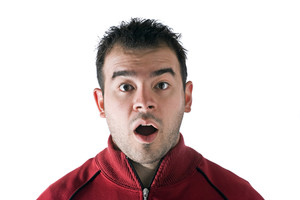 If something bigger & scarier happens (point 4), Joe may quit going to haunted places. He figures he’s learned his lesson.

Or, he might decide he likes that “good scare,” and go looking for bigger and better scares.

That’s when he’s at risk.

Sure, maybe he tells himself he’s ghost hunting, or looking for UFOs, or something else.

But, what he’s really doing is looking for another adrenaline rush.

It can become an addiction, as Joe looks for progressively more terrifying encounters.

If Joe doesn’t understand the real risks – physical, emotional, and spiritual – at haunted places, he’s a danger to himself.

Physical risks include stumbling or falling because he’s not watching where he’s going, or he’s ignored warnings about uneven footing, weak floorboards, etc.

Or, eagerly pursuing “a good scare,” he might forget to put on his respiratory mask at a site with deadly mold or rodent droppings.

Emotional and spiritual risks include being tricked or attacked by a malicious entity. 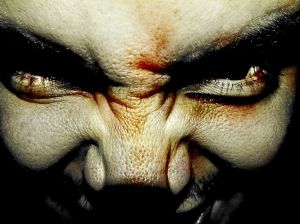 If Joe is on your ghost hunting team, he could provoke spirits best left sleeping. (Joe might do this deliberately, or without thinking about it.)

Or, he might recommend a site that’s truly dangerous, thinking everyone is on the same page.

If you’re Joe, pause and think about your ghost hunting goals, as well as clear warning signs that it’s time to stop. Put them in writing. Tell a trusted friend (or team member) what they are. (I talk about this in the first lesson in my free Ghost Hunting for Beginners course.)

Consider going to scary movies – the bigger the movie screen, the better – for a safer “good scare.”

Or take up extreme sports. After all, there are prizes and even careers there.

BUT… if Joe might be on your ghost hunting team, sit down with your members. As a group, discuss each person’s goals and limits (time, money, travel distances, fear/boredom levels) in paranormal research. Find out which kinds of sites (or hauntings) intrigue them, and what they’d rather avoid.

When everyone knows more about fellow team members, they can support each other’s goals. Your research results may improve.

Does it seem like someone is searching for increasing “adrenaline high” moments? Follow-up with a private conversation about potential risks.

A “good scare” can be a fine foundation for future serious, paranormal research. Many ghost hunters started that way.

The danger is when the person doesn’t realize they’re seeking a thrill, and deliberately looking for an increasingly terrifying experience.

Know the difference, for yourself and your team members.