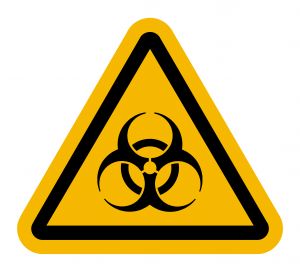 With the death of Sara Harris, ghost hunting health risks are now in the spotlight.

She was a healthy young woman, investigating a site that many others had used for ghost hunting, regularly.

She wasn’t wearing a mask. She became ill. And then, despite great medical care, she died.

In my earlier article – written before Sara’s death – I touched on basic health and safety concerns, including respiratory issues and simple steps to reduce your risks.  Today, I’ve had time for a more in-depth study of the problem, and I’ve re-recorded my December 1st podcast – released early because it’s so important – with more comprehensive information. It’s a 16-minute podcast.

Remember, I am not a medical professional or doctor and this is not intended as medical advice.  For hantavirus information and recommended protection, here’s a link to the CDC website.  (Scroll down that page to where they recommend N100 masks.)

I’m trying to strike a sensible balance but even one death is too many, so I’d rather lean in the direction of raising excessive concerns, than treat this too lightly.

Points you need to know

There is a happy medium (no pun intended) between making ghost hunting so complex and fearful it’s a chore, and being far too casual about health and safety risks.  The precautions you take will vary from person to person, and from one investigation site to another.

What I’m adding to my own ghost hunting supplies