This continues the stories
about the real ghosts and spirits
that haunt the site of The Blair Witch Project.
Be sure to read The real ‘Blair Witch’ ghosts – part one.)

Hauntings are almost guaranteed at any site that’s witnessed battles, suffering… and graves where the dead were not allowed to rest.

Burkittsville and vicinity have all of these from Civil War times.

By 1862, wounded and dying Civil War soldiers in this area were placed in as many as 17 makeshift hospitals. Some of those “hospitals” were actually Burkittsville homes and businesses,  including the town’s tannery.

The soldiers’ ghostly voices are still heard throughout the town, but the tannery is particularly significant.

The tannery was torn down, but the site is still haunted. Anyone who parks his car there overnight may find the vehicle marked with footprints from sold 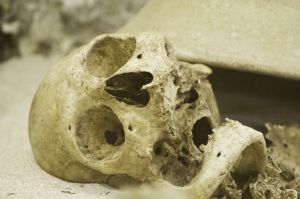 iers’ boots, where the car was kicked or even trampled by the ghosts of marching men.

But there are other ghosts in the area, too.

Stories–loudly proclaimed as “fiction” by some Burkittsville historians–explain why the area may be haunted.

In one account, the retreating Confederate Army paid a man named Wise to bury approximately 50 bodies. Mr. Wise accepted the money, but then tossed the bodies in an abandoned well.

Shortly thereafter, he began seeing the ghost of Sergeant Jim Tabbs of Virginia, who complained to Mr. Wise about being uncomfortable. Mr. Wise returned to the mass grave and discovered that the body on top was that of Sergeant Tabbs, and the corpse was face down. Mr. Wise turned the body so it was facing upwards. 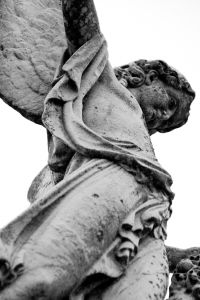 He thought that would be the last of it.

He was very wrong.

Perhaps the spirits of these men revealed the truth to the local officials. Whatever the cause, the authorities confronted Mr. Wise. They forced him to dig up–and properly bury–the fifty bodies that had been left in his care.

Stories say the ghosts never bothered him again, but did they truly rest in peace?

Many other fallen Southern soldiers were left behind as a necessity of war. The good people of Burkittsville recognized that something must be done for the dead, so they buried them in shallow graves. The local residents expected that, once the fighting stopped, the troops would return to bury the men properly.

When the fighting stopped, no one returned for these comrades’ bodies. Finally most — and perhaps all — of the bodies temporarily buried in the older section of Burkittsville’s Union Cemetery, were exhumed in 1868 and re-interred in Washington Confederate Cemetery.

Was this sufficient to put their souls at rest? According to Troy Taylor in his book, Spirits of the Civil War, there have been odd and ghostly occurrences in the vicinity of those shallow graves. Many nights since then, eerie lights from long-extinguished campfires appear in the nearby open fields, and dot the mountainside.

However, the mountainside is also the source of a ghostly energy that visitors to Burkittsville can experience even now. Its history is one of the great stories of the Civil War.

At sunrise on Sunday, September 14, 1862, both the Union and Confederate soldiers expected to surprise each other with an attack. It was later known as the Battle for Crampton’s Gap, but the location is now called “Spook Hill.”

On that fateful morning, the Union soldiers carried only rifles into battle. They were able to travel faster than their Confederate counterparts, who were still pushing cannons uphill when the fighting began. The Union Army’s First Division, Sixth Corps, were overwhelmingly successful in battle.

Many Confederate soldiers died struggling with the heavy cannons. Their lingering spirits are the “spooks” of Spook Hill.

The site of this battle can be found at the edge of Burkittsville, near the Civil War Correspondents’ Memorial Arch, in Gathland Park. If you stop your car at Spook Hill and set it in neutral, you will feel the car being pushed by the spectral hands of the Confederate troops.

They are still struggling to push their cannons to the top of the hill, and achieve victory in the battle which they lost over 130 years ago.

In public, Burkittsville residents claim that this is merely an optical illusion. However, a local resident, Stephen, quietly assures me that the road has been tested using construction levels and transits. Cars do indeed roll uphill, though not as readily as they did before the road was recently repaved. 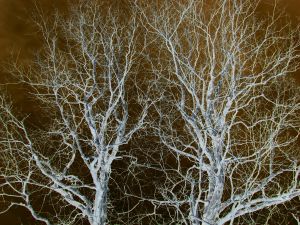 Others insist that the hill is magnetic, and that force is what pulls the cars towards the top. No one has successfully tested that theory yet.

If Spook Hill contains massive amounts of a magnetic ore, this would explain why Heather’s compass did not work properly in the movie, The Blair Witch Project.

Nevertheless, with ghostly campfires, bodies in dry wells and shallow graves, footprints at the former tannery/hospital, and the events at Spook Hill, the tale of what happened to three college students in The Blair Witch Project seems almost pale by comparison to real life.

For more information about haunted Burkittsville and vicinity, ask your local library for these books and videos:

This two-part article originally appeared at Suite 101, in November 1999.