By now, most people know what’s fact and fiction in the movie, The Blair Witch Project. 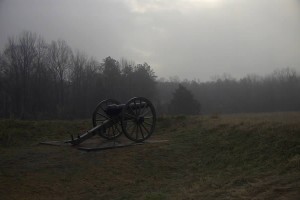 However, few know the actual haunted history of Burkittsville, Maryland, where the movie was set.

The town began as “Dawson’s Purchase” in 1741. In the 1790’s, Joshua Harley and Henry Burkitt arrived in the area. From the start, they competed to control and eventually name the town.

Although Burkitt owned three-quarters of the land by 1810, the competition seemed concluded in 1824 when Harley secured the official Post Office as “Harley’s Post Office.”

However, Joshua Harley’s death in 1828 left Burkitt with the last word. He named the town Burkittsville before he, too, died in 1836.

The participants in this 40+ year rivalry may haunt the town, but there are far better explanations for Burkittsville’s ghostly spirits.

In fact, paranormal events and tragedy cover more than 100 years of Burkittsville’s history. 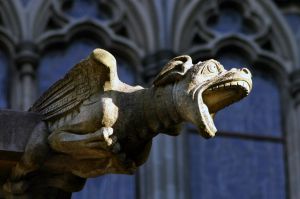 As early as 1735, nearby Middletown was settled by German immigrants.

According to legends repeated in the Middletown Valley Register in the early 20th century, the community was terrorized by a monster called a Schnellegeister.

The word means “fast spirit or ghost” in German, but neighbors nicknamed it the “Snallygaster.”

Whatever its name, its colonial reputation mixed the half-bird features of the Siren with the nightmarish features of demons and ghouls.

The Snallygaster was described as half-reptile with octopus limbs, and half-bird with a metallic beak lined with razor-sharp teeth. It can fly. It can pick up its victims and carry them off. The earliest stories claim that this monster sucked the blood of its victims.

It is disturbingly similar to the movie’s descriptions of the Blair Witch.

No one knows whether the Snallygaster caused the hasty sale of most of “Dawson’s Purchase” (later Burkittsville) in 1786, and the remainder in 1803. However, George Wine, who bought the final acreage, did not live to confirm the purchase.

The name “Snallygaster” has been a joke to some in the 20th century, but more sober minds recall that it has been documented in the Burkittsville area as recently as 1973.

Another 18th century German settlement, Zittlestown, a mere seven miles north of Burkittsville, was also plagued with supernatural events. Like Middletown, residents feared a large and vicious animal-spirit which was rarely seen.

An 1880’s book by Madaleine Dahlgren (widow of Admiral John A. Dahlgren), documented the troubles of that community.

However, most of Burkittsville’s ghosts are men who lost their lives in the Civil War.

Their stories, from an unscrupulous Civil War gravedigger to spectres of the dead who push cars uphill today, are in The Real ‘Blair Witch’ Ghosts – Part Two.