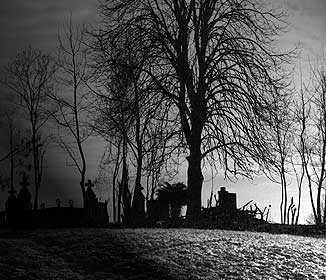 Enthusiastic ghost hunters sometimes forget that — for many people — cemeteries are solemn places with clear rules of etiquette.

Here are a few suggestions for your visits to cemeteries: