Lately, many people have asked me about hauntings that — to me, anyway — sound like they’re dealing with residual energy.

Remember: Many ghost hunters believe that emotionally charged events leave an imprint or energy residue on the physical objects nearby. 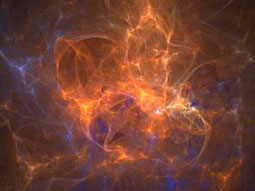 That energy residue can manifest as an odd feeling, or an overpowering emotional flood, and it can even trigger EMF spikes.

These hauntings can be triggered by certain personalities. They can also happen on anniversaries (such as when a battle happened) or even on a daily, weekly or monthly basis.  (Gilson Road Cemetery in NH seems to become active every day starting at about 11:30 a.m.)

Residual energy hauntings will usually decrease over time.  That time period may be days, months, years or hundreds of years.  It all depends on the original event that left energy there, and how much the energy has been recharged.

However, if you’d like to disperse the energy sooner, we seem to have the best luck using alternative sensory approaches.  I use a Feng Shui “singing bowl” while others often like sage smudges or incense.

If that’s too weird or woo-woo for you, try a vacuum cleaner instead.  The louder the vacuum, the better.  Vacuum every part of the room, especially the corners that are often overlooked, including the corners at the ceiling.

Or, use a radio or CD player and turn the music up so it’s really loud.

You’ll need to experiment with this, as different sensory tools seem to work better in different environments.  In addition, your initial results may not be permanent, so you may have to repeat the vacuuming (or whatever) over and over again.

One warning: If you use sensory tools to disperse the residual energy and the haunting gets dramatically worse, you might be dealing with an actual entity such as a ghost.  So, if the problem gets worse, don’t repeat the sensory approach.