I used to say that most “ghost orbs” were dust, insects, humidity, or something else

Then, a long-time friend challenged me. He insisted that all orbs were ghost photos.

After that – for over six years – I tried to create fake convincing “ghost photos.” I wanted to prove I was right.

So, I tried to recreate circumstances I’d blamed for photos with orbs, apparent vortices, and so on.

I took all of these pictures in low-light conditions. I always used the flash on my camera to highlight the deceptive object or issue. I wanted to create false anomalies. 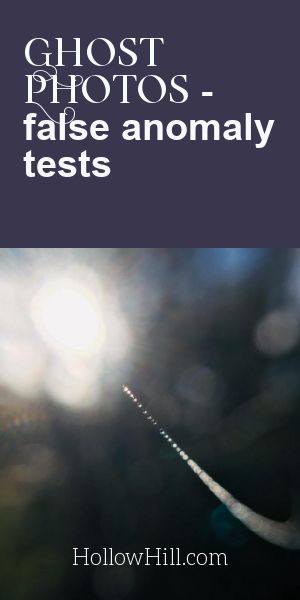 The first group of photos are things that could look paranormal if you didn’t know what was in the picture. Half of the photos show a single piece of hair or a few strands of it. That could happen if a photographer has long hair (as I do) and doesn’t pin it back.

The other photos in this first group show camera straps.

I used to think pictures of camera straps always showed both ends of the strap exiting the frame of the photo.

Now I know camera straps can look weird. And, it can “vanish” from one side of the image.

Sometimes, both ends of the camera strap seem to disappear, so, the “vortex” seems suspended in front of the photographer.

Also, my camera strap is almost black. The reason it looks white is because the camera’s flash is very bright, and it highlights the camera strap.

About 90% of the “vortex” pictures I’ve seen were probably camera straps, or something like them. If you use a camera strap (recommended, especially in dark settings), be sure to loop it around your wrist or — if it’s a very long strap — over your arm or shoulder.

(I lost my original photos when this site moved to new hosting. I’m still looking for those photos among my backups.  Until then, the following thumbnail illustrations show the kinds of pictures I’ve featured.) 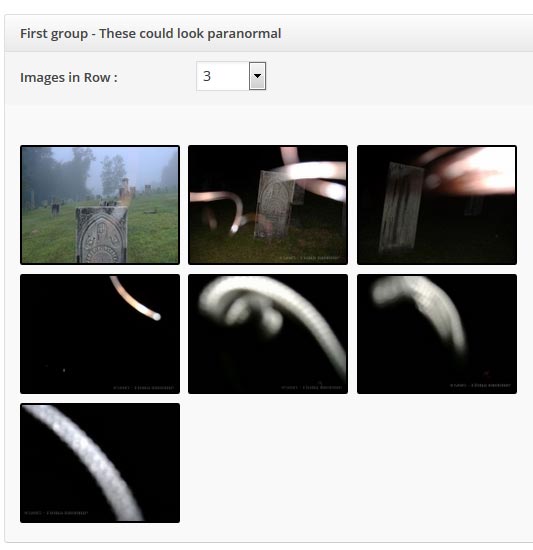 The second group of photos shows how difficult it is to create convincing, fake “ghost orbs.”

The first few pictures are flash photos taken on a densely foggy morning. Even the one with the white lines (a spiderweb) doesn’t show convincing-looking orbs.

Next, you’ll see smoke photos. Unless your camera is sensitive to smoke, you’d need to be surrounded by smokers for smoke to be a significant issue.  Regular cigarette smoke barely showed up. When we tested clove cigarettes (a different density of smoke), that was slightly more convincing.

Incense looked anomalous in my photos. However, unless your team is using a sage smudge, or the client burns lots of incense at home, I’m not certain we need to worry about smoke.

I could not get chimney smoke to show up in photos. Unless the weather is “just so,” hot air — and wood smoke — rise into the atmosphere. Smoke is not likely to descend and remain thick enough to be an issue.  However, smoke from a nearby campfire could be an issue. 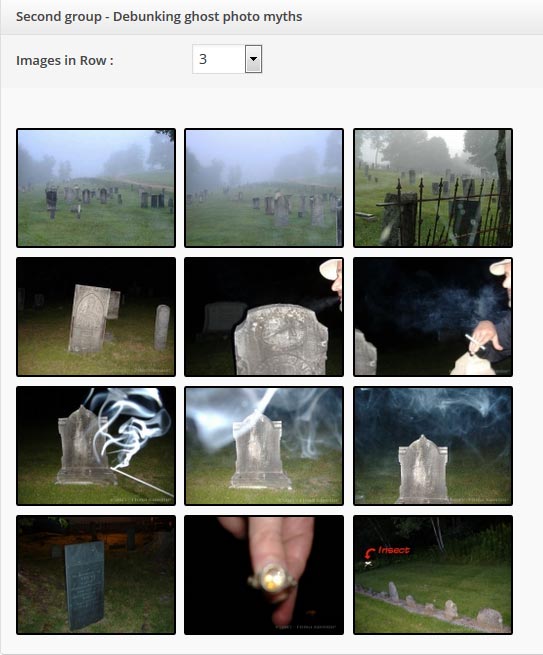 After years of study, using film and digital cameras, I finally had to admit that I’d been mistaken about false, ghostly anomalies.

For nearly 10 years, I was a hardcore skeptic about orbs in ghost photos. And, I said so, in my articles.

So, I need to make a few points very clear.

Don’t take my word for it.

Run tests with your own phones and cameras. That’s important. Know how they respond to these kinds of issues. No two cameras have the same sensitivities.

Then, you’ll know if you’ve taken an actual ghost photo… or something else.