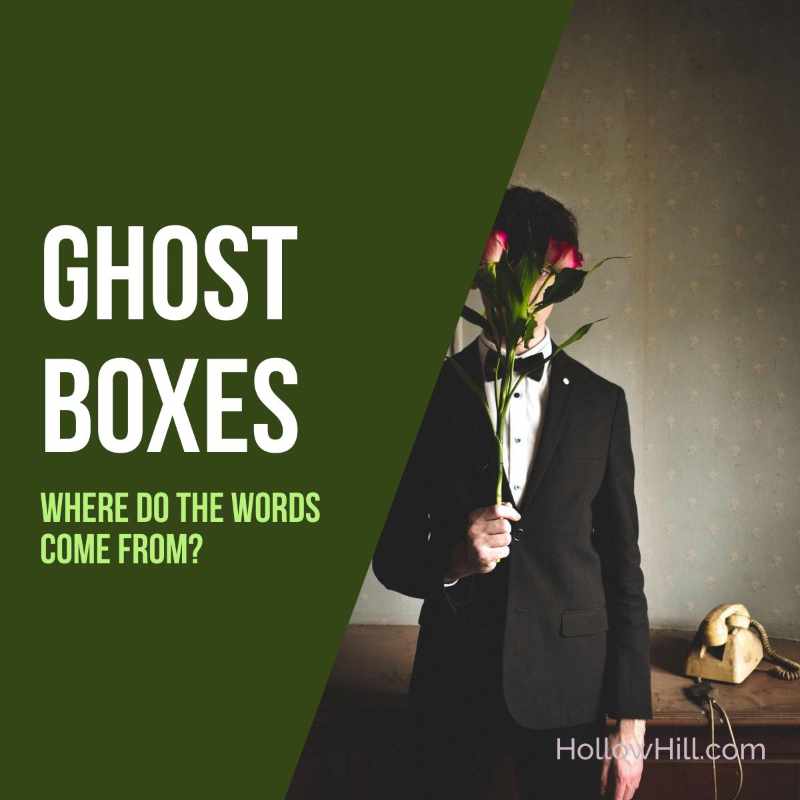 Those eerie, ghostly voices we’ve heard during ghost investigations, in real life or on TV… are those voices real? Who’s talking to us, and how…?

You’re probably familiar with the kinds of equipment we’re talking about. You’ve seen it on ghost hunting TV shows, and perhaps in real life.

How Do Ghost Boxes Work?

Some – like the Puck and Ovilus – have a built-in vocabulary. In theory, those are the only words those devices can say.

I’ve heard an Ovilus – in dictionary mode – say my name (Fiona Broome) when “broom” was in the vocabulary list, but “Fiona” definitely wasn’t. So I haven’t a clue how that happened.

I’ve witnessed other investigations where the words weren’t in the vocabulary. So, it wasn’t just that one time. (That first odd experience was at the Salem Inn, in Salem, MA, in one of their most haunted rooms.)

We hear words – aloud – when EMF spikes/surges occur. In theory, the words come from the built-in vocabulary, at random.

So, when words (or phrases) are relevant – or repeated too often – maybe intelligent (like a ghost) energy is involved.

Some ghost boxes – like Shack Hacks and Frank’s Boxes – use radio stations’ broadcasts.

Those boxes cycle through lots of radio stations in succession – maybe half a second, each – and grab words or parts of words, at random.

I’ve heard those devices speak clearly, in full sentences, even though the clips were brief and strung together in real time.

When My Late Mother Talked to Me 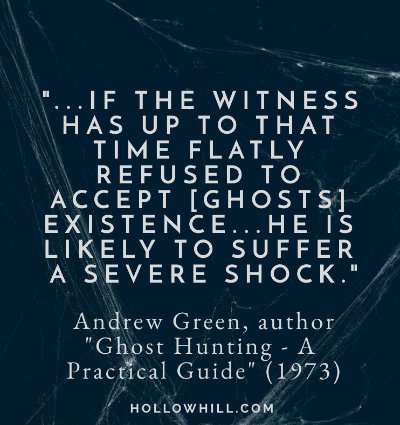 A Frank’s Box produced my late mother’s voice, complete with her regional accent, and “she” said something relevant to me.

There is no way anyone would have known exactly how she spoke, to fake the voice/message. It was her accent, he speech cadence, and the words she’d use.

That happened two days in a row in Ontario (Canada).

The first time was at a haunted site investigation. The second was the next day, at a not-haunted hotel site hosting a ghost hunters’ conference.

But, adding a little geek-skepticism here: Is it possible that people – consciously or inadvertently – can use some weird form of psychokinesis to control the words coming through those devices…?

(Psychokinesis is the supposed ability to move objects by mental effort alone. I’ve seen it happen in real life. So, I believe it’s real and may explain some poltergeist activity.)

It’s the only possibility I can think of.

I’m Still Skeptical… Are You?

I know, without a doubt, that I heard my mother’s voice.

I’m also certain that some people have an unexplained connection to ghost boxes.

Years ago, at the Edith Wharton mansion, at least 20 people gathered around a Shack Hack. They asked a few questions, but mostly waited patiently for a spirit to speak “through” the Shack Hack.

For a very long time, nothing happened.

Then, John Zaffis (of “The Haunted Collector”) entered the room, and the Shack Hack started talking like it was welcoming an old friend.

I’ve never seen anything like that, before or since.

It was enough to convince me that John has unusual connection with the spirit world, and the forces behind that Shack Hack recognized it.

But, are all messages through ghost boxes real, or could some be wishful thinking and audio pareidolia?

After decades in this field, I still default to skeptic mode when I first witness phenomena. And, even with some compelling evidence – like my mother’s messages to me, via a Frank’s Box – I’m not ready to say that all ghost box messages are from ghosts.

You’ll need to decide for yourself.

Here’s a demonstration of a Frank’s Box. (Note: I can vouch for Chris being gifted in terms of his use of a Frank’s Box. Other than that, I’m uneasy recommending Chris, based on a few red flags that bothered me.)

If you have questions or insights about these kinds of devices, I hope you’ll leave a comment at this site.

4 thoughts on “Ghost Boxes – Where Do the Words Come From? And Can You Trust Them?”