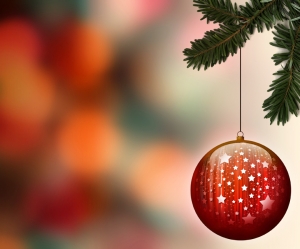 Some ghosts and residual energy hauntings are more active at certain anniversaries.

However, many ghost hunters make assumptions about Christmas, expecting the day to be quiet, in ghost terms.

They may be missing some great opportunities for investigations.

Christmas — and other December holidays — have been so widely celebrated since the early 20th century, we assume everyone has celebrated the holiday season… always.

Well, that’s not quite true.

In fact, when Bob Cratchit nervously asked Scrooge for Christmas Day off… Bob was asking for something extraordinary.  In the 1840s, people expected to work on Christmas.  Working class families didn’t gather to celebrate Christmas, except at dinner. Even then, the meal was mostly for those who weren’t working 15 – 18 hours, every day.

It’s a day that — more than most — may have marked the gap between the wealthy and working classes.  And, as such, you may find opportunities for ghost research on or around Christmas Day, especially at 19th-century factory sites.

Personally, I’d never place ghost hunting above family celebrations.  So, I might investigate during the days leading up to Christmas, or immediately after… but not on the day itself.

On the other hand, if your family doesn’t celebrate on Christmas Eve or Christmas Day, these may be ideal opportunities for experimental research.

The first thing to do is to find a few sites for research.  If you live near abandoned or refurbished factory buildings and mills, first check to be sure they can be accessed legally and safely.  As recent events have reminded many of us: It can be a grave mistake to ignore “no trespassing” signs.

Then, find out if they were in business during the era before child labor laws were enforced in your area.

Not sure? Here’s part of an article from Wikipedia:

In 1916, the NCLC and the National Consumers League successfully pressured the US Congress to pass the Keating-Owen Act, the first federal child labor law. However, the US Supreme Court struck down the law two years later in Hammer v. Dagenhart (1918), declaring that the law violated a child’s right to contract his or her own labor.

In 1924, Congress attempted to pass a constitutional amendment that would authorize a national child labor law. This measure was blocked, and the bill was eventually dropped.

It took the Great Depression to end child labor nationwide; adults had become so desperate for jobs that they would work for the same wage as children.  In 1938, President Franklin D. Roosevelt signed the Fair Labor Standards Act, which, among other things, placed limits on many forms of child labor.

See if the factory had a policy about Christmas Day.  Old newspapers will probably help you understand the dynamics of the factory management, and whether they were likely to give workers the day off (paid or unpaid) at Christmas.  Remember, Christmas wasn’t a Federal holiday in the US until 1870.

Look for a history of workers’ strikes, and articles from the 19th century, with charities complaining about working conditions for the poor.

It’s kind of a grim era to revisit, historically, but it’s something to think about in terms of when a local site might be especially active.

At many 19th-century factories and mills, working on Christmas Day was routine, and another painful reminder of the gap between the “haves” and the “have nots.”

It might be an ideal opportunity for ghost research.  I’d focus on EVP and well as real-time communication with spirits at abandoned and refurbished mills and factory sites.

One thought on “Christmas – Working Ghosts”