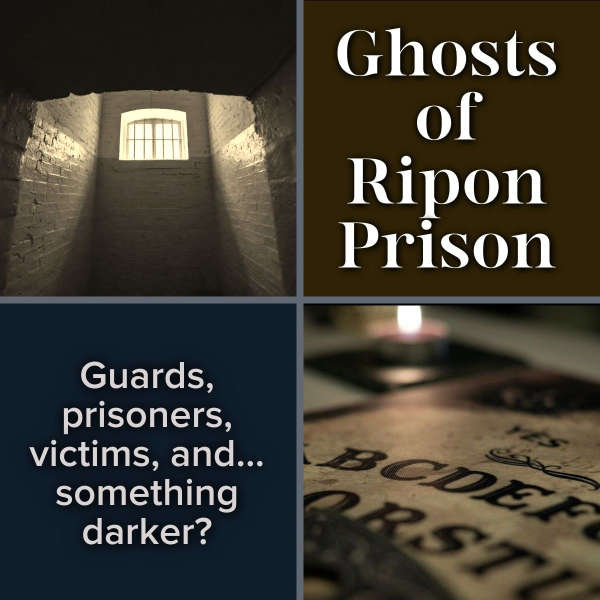 For an unusual mix of ghosts, Ripon Prison in Yorkshire (England) stands alone. Here’s what to know before you go.

I became interested in Ripon’s ghosts when Most Haunted’s Season 19 took viewers into haunted Ripon Prison and Police Museum. It’s a compelling site. 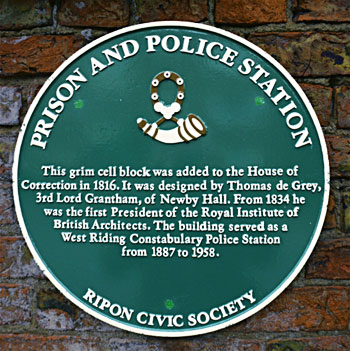 The Ripon Prison – originally known as Ripon Liberty Prison – dates back to the 17th century. The current building was the prison site from around 1816 – 1878.

After the enactment of the Prison Act of 1877, the building was empty for about nine years. Then, it became the local police constabulary station through 1958.

It became a museum and visitor attraction around 1984. Today, it offers many opportunities for ghost hunters.

From my current research, no reported ghost has a specific name and history that can be verified.

Several researchers reported a spirit called “George.” (That seems to be a surprisingly popular name among British ghosts.)  He’s described as a warder, not an inmate.

Note: When addressing prison ghosts, try using both “warder” and “warden.” The former is an older term and more popular in Britain, especially in connection with prisons.

However, warder’s secondary meaning (in history) includes “a truncheon or staff of office or authority, used in giving signals.” (ref. Dictionary.com) So, a warden might carry a warder, and a “watch out for the warder!” message might be more about an impending assault than a prison guard.

Another spirit is called Mary, Meg, or Margaret. She’s too young to have been a prisoner, unless she was there with her mother. (In past centuries, babies and very young children might be in a cell with their mothers, particularly if there was no one else to take care of the child.)

Always be cautious when a prison ghost claims to be very young. In some cases, the spirit is actually malicious. (Remember: Prisons held criminals.) That spirit may be hoping you’ll drop your guard/protection, and he (or she) can achieve viciously self-serving goals.

At Ripon Prison, something very dangerous – possibly not a ghost, but something much darker – might be loose.

One of the most useful triggers I’ve found in my research was the 2013 opening of an exhibit of photos of “lady prisoners,” at Ripon Prison.

From my experiences, images of possible ghosts – especially unsavory men and women from the past – can leave an imprint. This can trigger a residual energy haunting, or even give the ghost a reason to actively haunt that location. (After all, people see him or her there.)

In the case of Ripon Prison, those photos may help investigators match ghostly figures and apparitions – as well as psychic impressions – to specific faces and names.

A casual survey suggests that Ripon Prison’s ghosts are an equal mix of prisoners and wardens or police officers.

In most prisons I’ve investigated, the ghosts were mostly prisoners or mostly wardens and guards, not in equal number.

Ripon Prison is the first haunted jail to break that rule.

If you’ve been to Ripon Prison and Police Museum, I hope you’ll leave a comment with your observations.

A Tidal Wave of Emotions

Note: Remember that many hauntings are related to extreme emotions and feelings.

So, at any prison, you may feel a mix of power and self-righteousness (wardens) or a wave of fear and sorrow (innocent or regret-filled prisoners).

You may get better results if you use questions that show admiration (for spirits reliving their glory days) or sympathy (for those unjustly jailed).

If you’re hoping to record some EVP, those kinds of comments might prompt responses from either a proud jailer or a miserable prisoner.

However, since Ouija boards and dark rituals have been used at Ripon Prison – in recent years, and possibly while the building was empty – be sure to use strong spiritual protection for yourself and your team.

Also, before visiting Ripon Prison, research Thomas de Grey (1781–1859), 3rd Lord Grantham, the designer of the cell block.  Sometimes, designers and architects leave their own imprint (or even revisit) sites they’ve built. That’s doubly true when the designer’s name is permanently visible on the building. (See the plaque in the photo, above.)

Note: The most famous (or infamous) “ghost” of Newby Hall is from the 1963 photo by the Rev. F. K. Lord. To me, it looks like the photo was altered or it’s a double exposure. (Photo analysis in the 1960s wasn’t entirely reliable.)

Link: The Ghost of Newby Hall

However, the photo’s provenance prevents me from dismissing it altogether.

Here’s a short YouTube video that shows the Ripon Prison building. As an investigator, I note at the amount of metal (which can hold residual energy) and the age of this building. Also, all prison sites feature “trapped inside” and “you can’t leave here” cues.

To me, Ripon Prison and Police Museum looks like a great place for a ghost vigil… as long as you take adequate precautions, of course.