This is the second part of a two-part article about her life, her death, and why she has haunted the town of Hampton. (Read the first part of this article at The Ghost of Goody Cole of Hampton, NH )

FREE AGAIN… AND THEN CHARGED WITH WITCHCRAFT, AGAIN

In 1671, Goody Cole was released to Hampton, and the town provided her with a hut to live in, and ordered local families to provide her with food and fuel to survive. After Mrs. Cole complained in 1672, her neighbors retorted that she had ‘enchanted’ their oven, so the food spoiled quickly. 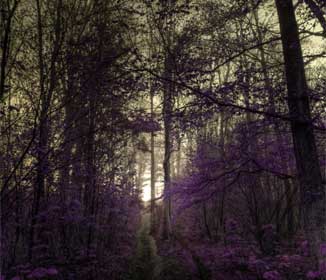 In August 1672, Goody Cole faced charges of witchcraft again: Sarah Clifford claimed that Mrs. Cole had attacked nine-year-old Ann Smith, and testified that ‘…the old woman took up a stone and struck her on the head, and when she had so done she turned into a little dog and run upon this pearmain tree, and so then she was like an eagle’.

Little Ann Smith repeated many of the same charges.

The grand jury indicted Goody Cole ‘for not having the fear of God before her eyes and being instigated by the devil’. The court eventually ruled that Cole was ‘not legally guilty’ but found just ground of ‘vehement suspissyon’ that she was in league with the devil, and set her free.

In 1680, she was charged with witchcraft again. Although there was insufficient evidence to indict her, the courts punished her anyway. She served some time in a Boston jail, with a lock applied to her leg, and was later returned to Hampton.

THE DEATH OF GOODY COLE

Accounts of her death vary. The date is uncertain, but some records suggest that she died alone in her home — with the doors and windows boarded over — in October 1680.

Her neighbors suspected that she was dead and broke into her home. They removed her corpse, and put a stake through her heart adding a horseshoe to the stake to prevent Goody Cole from rising again.

Then, her body was either thrown off a cliff into the sea, buried her in a shallow grave near her home, or threw the body into a ditch.

No matter which is the true tale, Goody Cole did not rest in peace.

THE GHOST — AND CURSE — OF GOODY COLE 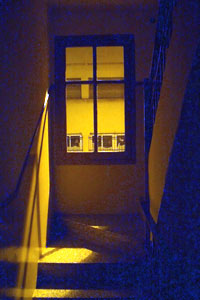 In 1908, Goody Cole still haunted the house that was built where her hut had been. The owners said that ‘the spirit of Good Cole still curses the place’ and indicated that she’d been buried ‘between the two large trees in front of the house’. (See “A Haunted House,” Newburyport Daily News, Newburyport, NH, 22 Jul 1908.)

In 1938, Goody Cole was exonerated and her guilty verdice reversed, thanks to “The Society in Hampton for the Apprehension of Those Falsely Accusing Eunice ‘Goody’ Cole of Having Had Familiarity With the Devil.” During the ceremony, copies of the 17th century documents condemning Mrs. Cole were burned, and the ashes placed in an urn with soil from her home and where she may have been buried.

The urn was scheduled to be buried, and a monument erected in her honor.

Shortly after the 1938 ceremony, Hampton — and the entire Seacoast — was hit with one of the worst hurricanes ever. Was it Goody Cole, having the last word? Whether or not it was a sign of her wrath, the urn was forgotten. According to the Hampton Historical Society, it’s never been buried.

However, a memorial stone was placed at the corner of Meeting House Green in Hampton, near the Tuck Museum building… the site that she haunted in the 1908 report, mentioned above.

IS GOODY COLE STILL AMONG US?

Goody Cole’s ghost has been seen on the streets of Hampton often. She appears as an elderly woman in old-fashioned clothing, wandering around the town. Eyewitness have included part-time Hampton police officer, Harold Fernald.

More recently, when SeacoastNH.com was preparing an article about Goody Cole, something odd happened. See their report in Did Goody Bewitch Our Laser Printer?.

And, I’m not sure what to say about a restaurant called Goody Cole’s. It’s in Brentwood, NH.