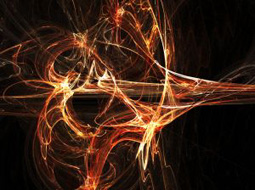 Sometimes, people are understandably eager for something to be a ghost. A haunted house or graveyard can seem so exciting. A “real” ghost experience grants instant celebrity to the storyteller.

I wrote this article back in the 1990s, and it’s still valid today, though our research techniques — and cameras — have changed.

Sometimes the obvious is most easily overlooked, especially under stress, late at night, and in an unfamiliar setting where everyone’s nerves are on edge.

Do a reality check before deciding that an odd experience is a ghost.

Most people are careful when taking “ghost photos.” However, even the most experienced photographer can forget the basics.

My best advice is to deliberately break every possible rule (from the list below), to see what it looks like in your photos taken with that camera.  Then, if you see that kind of orb or anomaly again, you’ll know what it might be.

Also, see my article, What Is “Paranormal”? to see why I’m concerned about photos, and what we think cause false orbs.  It’s not as easy to take a “fake orb” photo as I once thought.

In general, it’s important to rule out normal causes for what seems to be a paranormal event. Experience is the best teacher and will save you hours of confusion as well as embarrassment if a simple explanation is found.