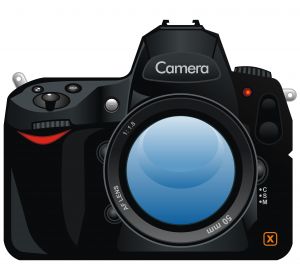 Now and then, the word “paranormal” seems to take on a life of its own.  In a recent discussion about orbs, a couple of people insisted that orbs aren’t paranormal.

Well, I can’t argue with a skeptical critic.  He or she has already made up his or her mind.  The skeptical critic is usually a bottomless well of explanations, no matter how extreme or preposterous.  (But, to be fair: Anyone absolutely, positively determined to interpret everything as ghostly… he or she can be equally defensive.)

I think skeptical critics feel a little more secure in their uncertainties, if they think they have a nice, normal reason for everything.  (Since they simply want to argue with people like me, I’m not sure why they’re involved in ghost hunting.)

However, I’m not convinced that yesterday’s critics meant what they said.  I think they meant that orbs aren’t ghosts.

THE DEFINITION OF PARANORMAL

“Paranormal” does not mean “ghostly.”

Para-, the prefix, comes from the Greek.  It means beside (not part of) or beyond.  So, “paranormal” is something beyond what’s normal.

The Free Dictionary defines paranormal as, “Beyond the range of normal experience or scientific explanation.”

Dictionary.com says it’s “of or pertaining to the claimed occurrence of an event or perception without scientific explanation.”

Most definitions refer to supernatural phenomena as an example, but the basic definition comes down to:

So, avoid using “paranormal” when you mean “ghostly.”

A photo of an orb can be paranormal. So can a photo of a flower, a cat, or your shoe.  It all depends on what’s normal, and what can’t be explained within the range of normal.

An orb I can identify as pollen artifact is normal.

An orb that I can’t reproduce by normal means (setting up the lighting, dust, moisture, etc., in a certain way) is paranormal.

It’s just an orb that — at the present time — can’t be explained, and can’t be reproduced using similar photographic staging.

I may apply other descriptions to that orb, but they relate to the experience at the time the photo was taken. I’m looking for other phenomena, what investigators were sensing at the time, EVP, EMF spikes, sensory phenomena, and so on.

The orb photo itself… it doesn’t prove anything.  All by itself, it’s supporting evidence, at best.

For years, I was guilty of insisting that most orbs are dust, pollen, moisture, reflections, insects, and so on.  And, fed up with saying that to people who just wouldn’t believe me, I decided to prove it.

I planned to create some great, convincing-looking, fake orb photos.  Frankly, I didn’t think it would be very difficult.

I set up my cameras — multiple film and digital cameras — and used things like:

I trekked to swampy areas with wall-to-wall mosquitoes.  I walked down dirt roads at night, and waited for a car or truck to drive by, stirring up the dust.

I visited damp locations on humid and foggy nights.  I even went to New Orleans shortly after Katrina, when everything was pretty soggy.

Sure, I got photos that included orbs. The problem was, they didn’t look like the orbs I photograph at haunted locations.  They weren’t convincing orbs.

A beginner might be fooled by them… but not me.  Not after all these years in ghost hunting, after tens of thousands of photos.

But, after spending years insisting (with no proof) that most orbs were the product of the environment, I wasn’t going to eat crow quite yet.

In fact, I spent six years trying to stage photos that would produce orbs identical to the orbs photographed at haunted and spiritual sites.

The one and only thing that produced convincing orbs — orbs that looked like “ghost orbs” — was breathing (or talking with a lot of exhaling) while taking the photos.  And even then, I couldn’t get real-looking orbs in more than half my photos.  Most of them still looked fake.

Some researchers claim that all orbs — even those with logical explanations that you can see — are evidence of spirits.

I’m not one of those researchers.  Sure, maybe a ghost floated that particular fleck of pollen in front of my camera exactly when I was taking the picture. Maybe he did that just to get my attention.  I can accept that as a possibility.

However, I’m not going to state, categorically, that any orb represents a ghost.

It’s just something paranormal… and it seems to happen most often at “haunted” sites.  That’s all I can state with confidence.

That and the fact that believable orbs are amazingly difficult to fake.

Having been a skeptical critic of “ghost orbs” for many years, I’m regretting that — as the author of some of the earliest ghost hunting articles online — I led people to believe that most orbs can be explained by dust, pollen, reflections, and so on.

Sure, I can still spot an orb that doesn’t look right.  I know that, either inside the frame of the photo or just outside it, there’s a likely explanation.  If the photographer revisits the site, he or she will usually see what caused the lens flare or refraction.

But, there’s a different quality to the orbs we usually can’t explain.  And, to replicate those… well, except for breathing while taking a flash photo — and even that isn’t a “sure thing” — I can’t seem to create convincing-looking orbs with staging.

Fake-looking orbs are easy.  Real-looking ones… no.

But, my point in this article isn’t just about orbs.  It’s about how people misuse the word “paranormal.”

If you mean “ghostly,” say so.

If you just mean something that — at this time — can’t be explained by anything normal in that setting, at that time… that’s paranormal.

There is a difference, and it’s an important one when we’re discussing research techniques and results.

One thought on “Are Orbs ‘Paranormal’?”