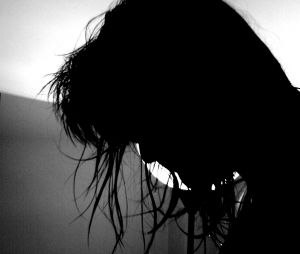 Recently, a large number of individual New Hampshire students have advised me that they’re planning to visit Vale End Cemetery (Wilton, NH) at night because they’re working on a ghost-related school project or term paper.

I’m sad and angry that so many students are that stupid.

(Yes, I changed that sentence. Someone objected to me saying it about NH students, so I made it generic.  The fact is, anyone who not only visits a dangerous site but also breaks the law by trespassing… that’s probably well past the scope of “stupid.”  And it applies to students and adults alike. But, to keep the peace with people who are looking for me to say something offensive… well, there it is.)

Anyway… anyone who reads my articles about Vale End and still intends to go there — using the excuse of a school paper or project — is stupid, immature, and dangerously naive.

How much more clearly can I say this?

This is not a game.  This is serious. I’m not someone who jumps at shadows.  I’ve been working in this field for over 30 years, and I don’t scare easily.

There is only one location I will never go back to again, and that’s Vale End.  I’ve written four in-depth articles about the site, explaining its history and why it’s dangerous.

In 1999, one of my researchers went to Vale End at night, and encountered something that alarmed her. Within a week she died suddenly and without a credible explanation.  To many of us, it seemed directly connected with her Vale End experience.

She was one of my best friends, and the mother of a high school girl.  That mom died the day her daughter was going to a prom.

How much more tragic does this story need to be, to impress people with how serious this is?

If you go to Vale End after reading my warnings and others’, you are stupider than I can deal with.

Going to Vale End is not real ghost research.

Visiting Vale End after dark is:

If you have no idea why I’m so angry, here’s my full list of articles about Vale End Cemetery in Wilton, NH:

Vale End’s Blue Lady Ghost – The legend of the “Blue Lady” and the facts behind the stories.

Vale End – Possible Demons – The beginning of my team members’ encounters with something dangerous (and non-human) at Vale End.

Vale End Cemetery Frights – The rest of my story about encountering something malicious and dangerous — something that had never been human — at Vale End.

I wrote and posted those articles, years ago.  People — including some ridiculous TV shows — seemed to rush to Vale End because… Umm… What, they didn’t believe me…?

So, I removed those articles from the Internet for several years.  The result…? Vale End — and my story — became even bigger, practically an urban legend.

Finally, I put the articles back online because people need access to the facts.

This site is about real ghost research.  My work is not fiction.  Though I often write with my readers’ interests and viewpoints in mind, I don’t need to make things up.

I created my original ghost-related website, HollowHill.com, in the 1990s. I hoped to educate new paranormal investigators.  I want to see more competent people in this field, contributing data so we can figure out what ghosts and haunted places really are.

That’s the one and only reason my ghost-related websites have remained online and continued to expand.  Vale End is dangerous.  If you want to do dangerous things, stop pretending that you’re ghost hunting.  Those of us who are serious about paranormal research… we don’t want to be confused with idiots like you.

All that I plan to say about Vale End is already at this website.

I hope that made my point, and conveyed the irritation you’ll encounter if you ask me about this in the future.