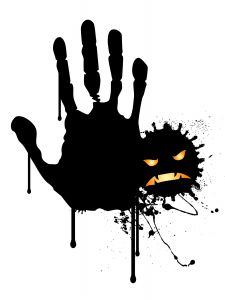 Each year, after Halloween, a few people express disgust for ghost-related TV shows and documentaries.

Usually, it’s because the following series of events happened:

There’s not much I can say about that.  I’ve been ghost hunting for decades and know that ghosts don’t perform on command.  In addition, many sites that are haunted… they may or may not seem haunted when I visit them.

I can’t prove that ghosts exist.  I can’t prove that a location is haunted.  I don’t need to.  Others’ opinions are interesting, but once I’ve found an answer to a question – one that seems conclusive to me – I don’t rely on what others say or think.  I listen to them, but my personal experiences and conclusions will trump others’, at least until I’ve had time to test opposing theories myself.

Similarly, I didn’t create this website to convince anyone that ghosts are real.  Not at all.  I share my stories because people think they’re interesting, and my experiences may shed light on their ghostly encounters, too.  Mostly, I share how-to information about ghost hunting so that others can expand our collective understanding about ghosts, ghost hunting, haunted sites, and the paranormal field in general.

For most people, “proof” of ghosts (or any other paranormal phenomena) exists only in the context of the experiences of the individual.  The references are internal.  When the conversation is about spiritual matters – including ghosts and Deity – or about extraordinary phenomena (UFOs, crypto, etc.), others’ evidence may be compelling.  Despite that, at the end of the day, your experiences are what matter… not mine, and not anyone else’s.

Meanwhile, I can explain a few ways to evaluate ghost hunting TV shows.

1. Check the production company’s reputation.  Have they produced other credible documentary-type shows in any genre, or do they also produce silly, “just for fun” shows?  Have they been associated with discredited TV shows (like Extreme Paranormal, which was a product of Painless Productions)?

2. Check the history and reputations of the people on the show.  Was he or she hired as an expert or as an entertainer? That can indicate a lot.

However, as Jason Gowin’s interview explained, even the stars don’t have much control over the edited episode you see on  TV.

3. Check the sites (and their owners) before and after the episode airs.  A guest on TV show appeared to be terrified by the activity at her home.  (To me, it looked like she was acting, but some of these shows use re-enactments.)

After the show aired, the producers found out that the “terrified” owner had written a book.  She was waiting for the show to air to use that as a “hook” to attract publicity and book sales.  The producers were embarrassed, but the damage was already done.

4. Meet the stars.  Go to events where you’ll have a chance to meet, or at least listen to, the stars.  Face-to-face, you may learn a lot that research can’t reveal.  If you want to be very cautious or even skeptical, consider something like F.A.C.E. training before you talk with the stars.

My advice: Always meet the stars before reaching a conclusion about any TV show.

In most cases, you’re evaluating two aspects of each show.

Except for the rare instances where someone like Jason Gowin speaks out, no one outside the shows & production team knows what really occurred at the site.  Sometimes, even the stars are fooled by hoaxes.  Most stars I know don’t watch their own TV shows. That’s especially true when they have no input during post-production editing.

In general, they’d rather not know if they’re portrayed as idiots… not until it’s time to renew their contracts, anyway.

These four evaluation points may not prove whether a paranormal show is real or fake. Most are somewhere in-between, anyway.

That’s why many producers are calling the shows “unscripted” instead of “reality” shows.

Only watch shows that entertain you. If they turn out to be real as well, that’s a bonus. 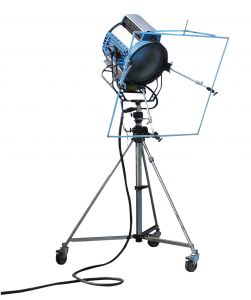 Many of my readers are eager to star in a TV series.

One of the main resources for media exposure is Help a Reporter Out, aka “HARO.”

Remember, those listings are not screened or verified. You could be talking to some creepy guy with no media connections at all.

Got a job offer? Get everything in writing.  Make sure it’s very specific about what you’re expected to do, for how much money, and exactly when you’ll be paid.

Know the risks.  Another producer offered me a part on a new TV show.  She said it was going to be a serious, academic show.

The production company bought my plane ticket, said they’d reserved an upscale hotel room for me, and promised I’d have a full-time chauffeur during the filming.

Then, right before I got on the plane, someone on the production crew blundered.  She told me the show’s real name. It was far from academic.

So, make sure your contract says exactly which show you’re being filmed for.  Don’t give the production company (or the network) free rein to use your interview or appearance in any show they like.

Listen to the producers’ questions.

Jason Gowin (from Extreme Paranormal) said this after his confidentiality agreement had expired:

Realize that nothing you do on television will be safe from manipulation… Rest assured, you are there to make money for them, not be a beacon of integrity. [Link]

Pay attention to your gut feeling.  If something doesn’t seem right, maybe it isn’t.

Don’t expect fame for yourself or your paranormal investigating team.  Most TV shows avoid guests who might profit from a TV appearance. Producers may edit out anything that might help your career.  Expect that.

A paycheck is not guaranteed.  The producers’ (and the networks’) explanation is: A paid appearance could be misunderstood as a performance.

Many TV shows will get around this by offering to pay for your travel expenses and give you a “per diem” to cover additional out-of-pocket costs.

The per diem could barely cover meals from McD’s dollar menu.  Or, the per diem might pay for a nice big TV, to watch yourself later, when you’re on the show.

Generally, producers won’t tell you how much the per diem will be, unless you insist on it in the contract. Expect a tiny per diem, and hope to be pleasantly surprised.

If you’re going to be a cast member on a series, make sure you earn enough to cover your monthly bills.

I have a firm policy of not asking friends how much they earn from their shows.  I don’t want to know.  I already feel sorry for how much privacy they’ve given up, and how much they’re away from their families.

You can be on TV if you really want to be.

If you’ve read this far, you probably think fame is worth the risks.

The first thing to consider is your strategy. Sometimes it’s easy to get on ghost-related TV shows. Sometimes, it’s easier to get on another kind of TV show, and use that as a credential to get on the show you want.  That’s why you’ll look at opportunities far beyond paranormal shows.

Start with the following resources.

I recommend HARO lists (linked above) and sites like RealityWanted.com (Sites like that appear and disappear rapidly. If you’re not dealing directly with the network, always be sure you’re talking with a reputable company.)

(You never know when a network will take an interest in paranormal programming.  I recall an episode of a food-related TV show where people competed by preparing ghost-themed cakes… and a real paranormal investigator was among the judges.)

You may find even more casting calls at production companies’ websites, such as Pilgrim (Ghost Hunters, etc.).

Get advice from experts.  Don’t leap into this field unprepared!  You may have just one chance to be on (or pitch) the show of your dreams.  Get it right the first time.

There are other books about this subject, but those look most useful.

In the past, and especially when “ghost hunting” TV shows became sensational, people asked me if the shows were real.

The simple answer is no, they’re not. They may represent what we do, as ghost hunters, but even the most authentic shows are edited to make them more entertaining.

Also, some people use ghost hunting TV shows as training for their own investigations. That can be risky, foolhardy, and — in some cases — miss the point of real ghost research.

Here are some points to keep in mind: 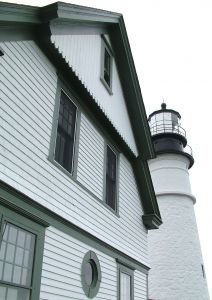 TV shows don’t represent how many houses we visit that aren’t haunted.  The majority of houses that seem haunted are either victims of high EMF or infrasound levels, or some other very normal (if odd) explanation.  Even if they are haunted, the issue is related to residual energy, not a ghost or an active entity.

2. Demons and malicious spirits are very rare.  If you think you’re being bothered by a demon, call an expert, not just the local ghost hunting club.  However, demons and evil entities appear at about 1% of the hauntings we’ve encounter… if that many.

3. Don’t let TV shows convince you that most ghosts are evil or dangerous.  They’re not. Watch the “ghostly” TV shows & movies of the past, and see how they portrayed ghosts.

4. Provoking ghosts?  Instead, look for someone like “ghostbait” from the Hollow Hill team:  Someone who, just by being there, seems to attract ghosts and hauntings.

5. ‘Tis the season!  When you’re watching “A Christmas Carol,” think how you might interpret Scrooge if you were at a location that he (and his ghostly companion) were visiting.  Would you think he’s a ghost that is scary, or needs help to “cross over”?

TV shows aren’t “reality.” (Even TV producers changed the term to “unscripted,” since they didn’t want to be sued for pretending a show was “real.”)

Don’t try to mimic TV shows or movies. Don’t take seriously any advice from paranormal TV shows. In many cases, the ghost hunter didn’t really say whatever-it-is; the advice was edited to give the audience chills.

Learn what ghostly phenomena really are. Study the history of paranormal research. Discover what psychics and ghost hunting equipment really do.

Explore haunted places with a pro. Events are a good starting point.

Never go ghost hunting alone. Always have a level-headed person with you, and — if you feel frightened during an investigation — leave at the first hint of danger.

TV shows can be fun to watch, but most of them don’t represent what we really do as ghost hunters. You’re seeing an edited version, and it was edited with a specific production goal in mind.