Pendulums – Do They Work for Ghost Hunters

This article is from a 2012 investigation near southern New Hampshire (USA). 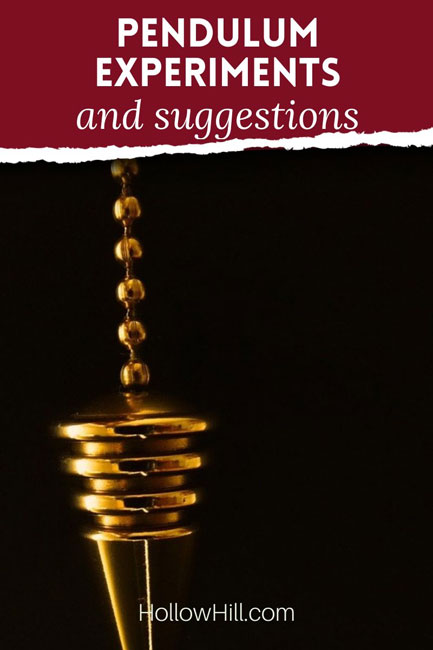 In it, you’ll learn why I changed my mind about whether pendulums work in ghost hunting. I also share the kinds of questions I use in my research.

This past weekend – en route the Mal’s Pals benefit where friend (and fellow ghost enthusiast) Kris Williams was speaking – Sean Paradis presented me with some of his latest pendulums.

I’ve mentioned Sean’s pendulums before, because they’re so extraordinary.

They’ve made me rethink pendulum use in paranormal research.

During my teen years, my friends and I briefly used a pendulum to find out the initials of our future husbands.

For me, it was just a game.

But, in the 1990s, I noticed a few ghost hunters using pendulums.

They seemed to be successful.

Why I Questioned Pendulums

So, about a dozen years ago, I conducted pendulum experiments at Gilson Road Cemetery.

I assembled a group of paranormal researchers and equipped them with clipboards, survey questions, and pendulums.

They surveyed each marked grave at the haunted cemetery, using yes/no questions and homemade pendulums.

These were generally very primitive devices – hardware-style washers on strings, etc. – just to see if the results were consistent.

They weren’t.  At each grave, about half the people received “no” answers, while the others all received “yes” answers.

After that, I resumed my disinterest in pendulums as a serious research tool.

Lesley Marden‘s research raised questions. I’ve been with her on many investigations.  Her results with a pendulum have been – and continue to be – remarkably consistent and helpful.

In addition, I started using Sean Paradis’ hand-crafted pendulums. They were responsive beyond anything I’d seen with other pendulums.

I wish we’d been able to use them at Gilson Road cemetery. Would they have made a difference?

I don’t know… and that’s the problem: I didn’t consider the possibility that the pendulum might have its own energy – as many crystals seem to – beyond the person using it.

What really changed my mind was a cemetery where Lesley, Sean, and I stopped for a brief investigation.

The Cemetery That’s Not a Cemetery

On our way to the Mal’s Pals event, we stopped at a site that can only be described as “a cemetery that’s not a cemetery.”

It looks like a cemetery, but – as I understand it – few (if any) bodies are buried there.

Something there is not right.

My camera – which had been working fine that morning – actually broke.  The lens opened just a tiny amount.  (I took photos, anyway. They were disappointing.)

When we returned to the car, I tried my camera again.

So, I took it back to the cemetery, and it seemed broken again.

That was among the most dramatic and unique equipment failures I’ve seen in many years in paranormal research. (A dozen years earlier, a different camera had failed at Blood Cemetery. And then there was the sort-of related gas gauge incident. I have no idea why that happened.)

So, since the camera wasn’t reliable, I figured I had nothing to lose.

I tested a few pendulums that Sean had given me.  My favorite was the lava rock pendulum, shown at right.

Then I tried Sean’s pyrite cube pendulum and a ruby pendulum, and a few others.

The answers were clear – and consistent – no matter which pendulum I tried.

How I Use Pendulums

With each pendulum, I do the same thing: I hold the weighted part in my hand for just a second, in case that imprints it with a connection to me.

Then, I hold the pendulum from the small, handle-style bead, pin, or whatever’s at the end of the chain or cord.

Once again, I wait to see what happens.

(I have never seen a pendulum give the same response for both answers.)

For me, a “yes” is usually a vertical swing, and “no” is a horizontal swing.  Now and then, it’ll be a circular motion, with clockwise being one answer and anti-clockwise being the other.

I check this every time I use a pendulum in a new location.  I’m not sure how much the answer relies on my psychic energy, the pendulum itself, or the energy at the location.

I’d never want to mistake a response.  So, I make a fresh start with each pendulum and each site where I test them.

At this sort-of cemetery, I was able to confirm – repeatedly – the identity of the energy (or spirit).  I had several names to work with, from the few headstones nearby. 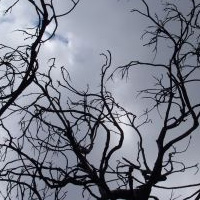 The entity was named Fanny.  That was abundantly clear from the pendulum response to that name, and only that name.

However, that’s when the information stopped.

No matter what question I asked – and we tried a lot of questions – the entity wasn’t responsive.

I think I tried about five or six different pendulums.  Each time, the response was nearly identical.

Was the entity someone named Fanny?  Yes.  That was a dramatic swing from a full stop.

Did she have something to say?  Yes, maybe… it was sort of a yes, but not entirely clear.

There was no response when I asked:

(Those are questions I routinely ask in my research.)

Every time I went back to the initial question about her name, the “yes” was clear.

Nothing else evoked a clear response.

It was a mystery, and remains one.

I’m always enthusiastic about mixing Sean’s low-tech research methods with sensitive, scientific tools.  They may lead us to better “what if?” questions.

So, I’ll keep experimenting with pendulums. (If you want to try them, see my article, Pendulums – How They Work and How to Use Them. There, you’ll find a link to my free pendulum charts, too.)

Note: I may conduct more research at the “cemetery that’s not a cemetery” and the area around a nearby ball field. (Those are all the hints I’ll share.)

For now, if you know the location, I hope you won’t publicize it. If the site attracts too much attention, it may limit our ability to visit the site for undisturbed research.

The one thing I’m sure of is that “Fanny” has a secret, and – so far – she hasn’t been willing to share it with any of us.

One thought on “Pendulums – Do They Work for Ghost Hunters”