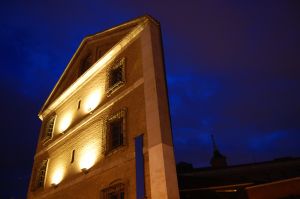 Ghosts are almost “normal” in many eastern seaboard states.

At times, it seems as if the entire northeastern United States is profoundly haunted.

If that’s true, it may be due to the northeast’s history. The more dramatic an area’s history, the more opportunities for ghosts and ghost stories.

In a part of the country with over 300 years of documented history — much of it violent from colonial times through 1812, and later — the odds of hauntings increase.

In addition, some people speculate that the northeast’s huge quartz deposits act as ‘magnets’ for ghosts and hauntings.

Colleges are especially likely to have ghosts. (See my article, College Ghosts – Reality and Urban Legends.)

Here are some well-known schools, colleges and universities in NY and PA that report ghosts:

Because Pennsylvania has considerable Colonial and mining history, it’s a perfect place to find ghosts. These are just a few of many colleges in PA with great ghost stories:

For more about haunted colleges, see my articles tagged “Colleges – US” or search for “colleges” in the Search form at the top of this page.

One thought on “NY and PA – Haunted Colleges”