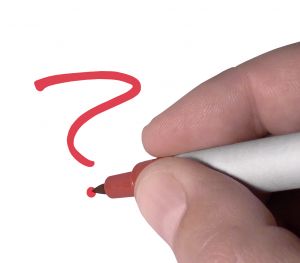 Something’s going on. People are encountering stranger ghost manifestations, and more of them. Also, they’re reporting things that are far from “routine” hauntings.

The first thing I noticed was at the site of the old Cocoanut Grove fire in Boston, Massachusetts. A group of us were there on a brilliantly sunny day in June, but noted EMF readings similar to night time levels. (At most haunted sites, EMF levels are higher at night.)

In addition, some of us could feel heat on one side of the site. It was far more than could be attributed to the warmth of the day.

Then, at The Falstaffs Experience in Stratford-upon-Avon (England), our group encountered some of the weirdest phenomena I’ve ever seen. It’s the first time that I could actually see something that looked like a portal.

It’s also the first time I’ve ever said, “I’m not going in that room,” because I was genuinely frightened. Whatever the energy was, it had nothing to do with ghosts. (I talk about this during my Falstaffs series of podcasts.)

That’s just one of many truly strange and unique things that happened at The Falstaffs Experience.

This week, Jen – a Florida researcher who joined me for investigations in England –shared photos with extraordinary images in them. She was at St. Augustine, Florida, and the photos show something like ribbons, but they’re not hair and they’re not a camera strap.

The photos are still being analyzed.

I’m wondering why we’re seeing this increased (and stranger) ghost activity. Is it from the recent popularity of ghost hunting, and the ghosts feel they’ll be acknowledged? Is it also because we’re approaching the time of year when many people go looking for ghosts?

I’m wondering if more ghosts are becoming courageous (or brazen) enough to make clear contact with the living.

I’m not sure, but the trend in recent months is startling.

Whether or not you’ve been ghost hunting in the past, prepare now to visit haunted places. More than ever before, you may encounter unusual – and perhaps scary – paranormal manifestations.