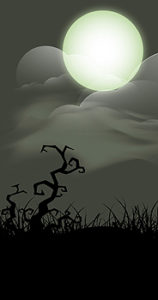 A decade ago, most scholars claimed that about 50% of Americans believed in ghosts or related paranormal phenomena.

Since then, those numbers may have increased. Here’s the news story:

MSU Professor: Belief in Ghosts and Other Paranormal is Strong – KEYC

“Studies indicate that 75% of Americans believe in at least one of the supernatural phenomenon surveyed, and while scholars over the last century have been predicting that believes in things such as ghosts and hauntings would dissipate as a result of the increasing efficacy of science, technology, and education. That’s just not proven true at all,” said Sociology Professor, Dennis Waskul.

Left to trust their own instincts, perhaps some people realize that ghosts might be real, after all.

One intense encounter — or even an eerie experience — may be all it takes to tilt the scales from “skeptic” to “believer.”

Also in the news: Syfy may have cancelled Ghost Hunters, but other ghost-related shows continue to feature lesser-known haunts.

It’s smart to know what will be featured on TV, if you want to investigate a site before the energy is diluted by a fresh stream of eager, aspiring ghost hunters.

Hamilton Journal News – Haunted old Butler County school to be featured on national TV. Poasttown Elementary, a former Madison Twp. school building that is now the home of Darrell and Brenda Whisman, will be featured on…
Read more …

Of course, I still recommend your own local research, to find unexplored haunts with powerful ghostly energy.

2 thoughts on “More Americans Believe in Ghosts, Not Fewer”