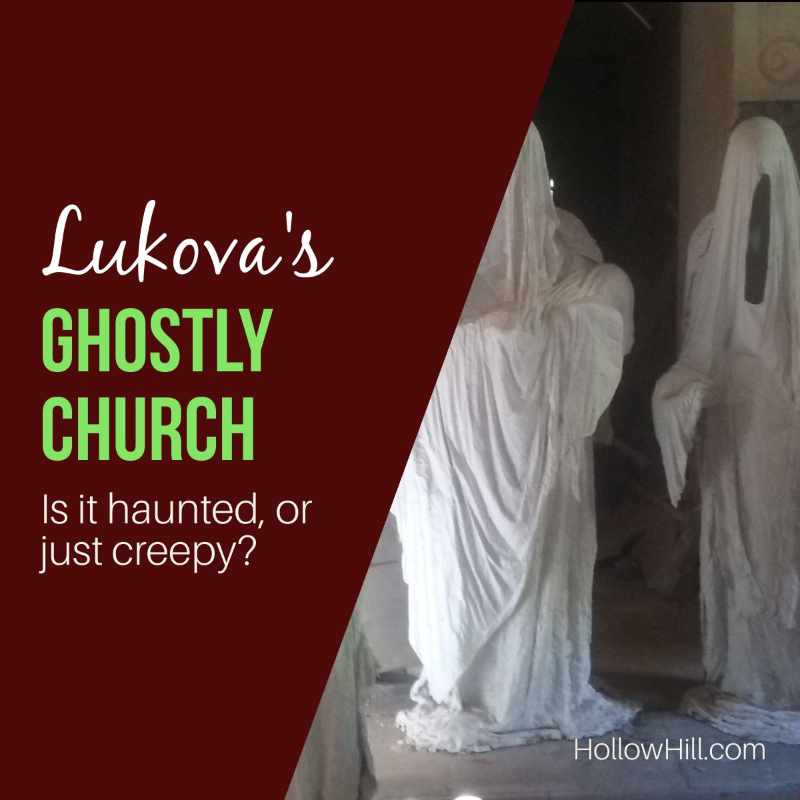 Are some churches haunted? When abandoned or used for other purposes…? Maybe.

While still in use, and sanctified…? Unlikely.

Here’s an exception to that rule.

In Lukova, in the Church of St. George, you can see a remarkably creepy, impressive art installation of 30 ghostly shapes.

Apparently, this 14th-century church was haunted (by at least nine ghosts) – and abandoned – before an artist created these figures.  It’s a quirky story. (See my Resources list, below. They share some interesting insights.)

Now, services are held in the church again… with the congregation sitting among the ghostly shapes.

I’m not sure I’ll be in the Czech Republic any time soon, but – if/when I am – I’ll definitely investigate this location. And, I’ll bring all the ghost hunting equipment I can carry… especially looking for EVP.

(That’s just one of several videos filmed at the site.)

If you’ve been there, or know of a similar art installation, I hope you’ll let me know. Leave a comment at this website.

I’m very interested in creepy, evocative locations, to see if they attract ghosts… and not just the sculptured kind.

Meanwhile, if you’re looking for a haunted, abandoned church closer to home, here’s a daytime video from St. Botolph’s church near Skidbrooke, Lincolnshire, England, about seven miles north of Louth.  According to some, it’s the most haunted church in the U.K. (The video is by urban explorers, not ghost hunters, and their language/humor is NSFW.)

Next, here’s another video from that same site, by investigators looking for ghosts. They found several oddities that usually indicate a haunted site, but mostly comment about unnaturally quiet the site was. (Like most ghost hunting videos, some NSFW language and themes, but far less than the previous video.)