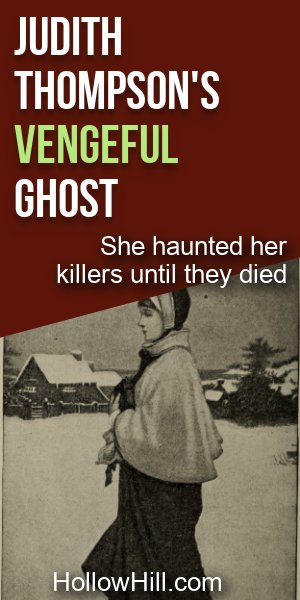 Judith Thompson Tyng’s ghost has lingered since the 18th century.

It started when her husband (or the man she thought she’d married) – John Alford Tyng – arranged her murder. He had their children killed, too.

John let Dr. Blood into the home. Then John waited in another room as Dr. Blood killed his victims.

As Dr. Blood fled into the night, John took care of burying the bodies beneath the hearth.

Was there a reason for the murders? No one knows. Most people describe John Alford Tyng as a ne’er-do-well, a wastrel, or an outright psychopath.

Dr. Blood left town for a while, and Tyng pretended that his family had gone to visit some relatives near Boston.

That’s when John Alford Tyng’s father, Eleazar, invited his son to return home for a visit.  According to some stories, Eleazar wasn’t comfortable in his home. The more guests, the better.

Why? Well, the Mansion was already haunted by the ghost of an Indian whom the Tyngs had cheated of land.

That tragic history is blamed on Edward Tyng. It’s why his nearby grave might be haunted, even now.

But back in the 18th century, Judith (as a ghost) probably felt perfectly comfortable joining the ghostly party. After all, it meant she could continue to torment her husband.

Dr. Blood was probably the easiest to kill. And Judith may have liked the idea that Blood’s death would strike terror in John Alford Tyng’s cold, tiny heart.

Here’s the story:  One night, Dr. Blood was walking alone on a country road not far from Nashua’s haunted Country Tavern restaurant.

It was just past dusk, and Blood felt uneasy when he heard footsteps behind him. When he turned, no one was there, so he kept walking.

Soon, Blood realized he wasn’t alone. He must have frozen with fear, as – in the morning – there was no sign of a fight.

According to lore, Judith Thompson’s running footsteps and her jubilant laughter were heard as far as a mile away, as she shoved Dr. Blood to the ground.

As Dr. Blood fell face forward, his weight crushed the ceramic flask that he always carried. Of course, the liquor formed a puddle.

When Dr. Blood was found the next morning, he’d choked and drowned in the liquor. Judith’s small footprint was still clearly outlined on the back of Dr. Blood’s head.

When John Alford Tyng heard the news, he knew that he was next.

He immediately moved to a third Tyng mansion. This one was also known as “the Haunted House.” According to a 19th century history, ghosts had been seen there from Colonial through Victorian times.

(This home was probably north of the more famous Tyng Mansion, near Middlesex Road – Route 3A – before it meets Westford Road. You can see it marked as “the Haunted House” on old Dunstable and Tyngsborough maps.)

That’s where Judith Thompson killed him.

The stories are consistent about Tyng’s death. After moving into the third house, Tyng became very ill. His servants took care of him for awhile, until Judith Thompson’s ghost drove them out.

John Alford Tyng’s family tried to visit him, but Judith turned them away at the door, too.

Since they didn’t know Judith was dead, Tyng’s family didn’t realize how serious the problem was.

After that, they turned to an old family friend and neighbor, Captain Joseph Butterfield.

As a favor to the family, Butterfield called on John Alford Tyng. When Judith answered the door, Butterfield forced his way past her ghost, and rushed upstairs to the dying man’s bedroom.

Butterfield’s notes say that Tyng tried to lift himself from the bed to greet his friend, but – apparently – the effort killed Tyng.

The stories vary, but – before vanishing – Judith swore that Tyng’s name would never remain on a headstone and he’d be forgotten in history.

Apparently, her curse worked. His gravestone had to be replaced many times. The town finally gave up, and his current grave marker contains some deliberate errors. I guess that’s good enough for Judith.