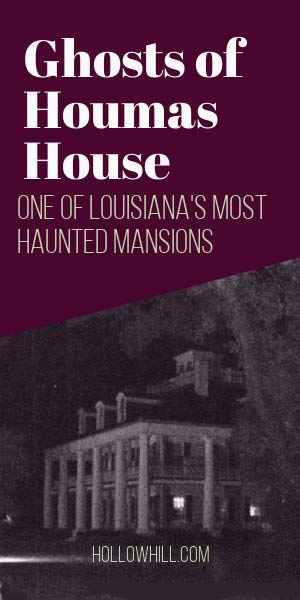 An episode of the American TV series, The Bachelor, was filmed in 2016 at Houmas House in Louisiana.

Many people have written to me, asking if that house is really “one of Louisiana’s most haunted houses.”

In fact, I once recorded a lengthy podcast about Houmas House. I may restore it in the future, once I’ve updated it.

Until I do, this article should answer most questions.

Houmas House’s ghosts don’t bear much resemblance to the way they were presented in The Bachelor.

In fact, I strongly object to how Houmas House – and its spirits – were portrayed in that show.

My husband and I had the honor of spending a night inside Houmas House, thanks to the hospitality of its owner, Kevin Kelly.

Mr. Kelly knew that I would thoroughly investigate the house, unsupervised. He also knew that I’d write a blunt and honest review of what I did (and didn’t) find there.

He put no limits on what I could explore, day or night. He was a superb host, and – after a tour to show us what was where, and explain some of the house’s history – he let us wander around the house & its grounds.

Houmas House is haunted for many reasons

I believe the house is truly haunted, and the energy comes from multiple sources.

First, there’s the history of the house. That includes its connection to the creation of what’s often called the Confederate flag, from the War between the States.

The house has also been the scene of several tragedies, including the loss of a family cemetery that was washed away in the early 20th century.

Then, there’s the energy that’s been brought to the house by the public. I believe that public perception can energize otherwise dormant spiritual energy. (It’s sort of like the Law of Attraction. If you believe a place is creepy and haunted, maybe your beliefs & energy contribute to it.)

Yes, that movie was filmed at Houmas House. If you saw The Bachelor episode, you may recognize the style of the staircase in the following movie trailer.

Next, I believe Houmas House contains a larger-than-average collection of haunted objects.

From quirky artwork to antique “vampire hunter” kits, to some of Anne Rice’s furniture, objects at Houmas House provide an energy mix you won’t find in many other haunts, anywhere in the world.

The other structures – small cabins, etc., that may (or may not) still be on the property – also provide reasons why the site is haunted. They have their own stories to tell. And, their energy lingers.

And finally, the location of Houmas House – near a large body of water, and where it’s placed on the road, in energy (or feng shui) terms – makes it a prime location for paranormal reports.

Some of the house’s eeriness can be attributed to infrasound from the nearby water. However, even if I discount the “creepy feeling” that seems to drift through Houmas House from time to time, infrasound can’t explain everything odd I experienced at the site.

During my visit to Houmas House, I saw several ghosts, mostly during the day.

The tall man at the front gate

In broad daylight on a sunny day, I saw a ghostly figure at the front gates. Another guest saw him, as well. We were up on the “widow’s walk” viewing deck at the top of the house.

The figure looked like a distinctive, slim, very tall man, pacing back and forth as if waiting for someone.

When I mentioned him to Kevin Kelly, he showed me an old photo. The dark-skinned man in the picture was an exact match for the slightly translucent person I’d seen at the front gates.

I had no doubt that it was the same person.

And, since I think I was the first person to report seeing that ghost, there’s no way Kevin was prepared to provide supporting evidence. (In fact, he had to go looking for the photo. When I confirmed what I’d seen, I think Kevin was more surprised than I was.)

The little girl on the stairs

Visitors and construction workers (making repairs and renovations) have reported a little girl on the house’s distinctive spiral staircase.

Kevin showed me one photo that I didn’t think was credible. But, I’ve heard and read other reports of the figure, and those were believable.

During my visit, I sensed something on the stairs, but I can’t claim that I saw a convincing apparition.

However, someone else has heard the little girl. Watch this one-minute video for that story.

The ghost in the Bette Davis room

The reflection appeared on the glass front of a clock in that room.

I turned to see who was behind me. That’s when I saw the reflection of a little girl across the room. She was very small, no more than about five years old… maybe slightly older, if she was particularly petite.

She was there… and then she was gone. All I can tell you is that I had the idea that one of her arms was injured or even deformed. It’s as if she was concealing it.

As I recall, I saw her in a mirror in that room. But, I’ll need to find my notes (and my old photos from that visit) to confirm that.

Kevin didn’t seem to think that Bette Davis experienced anything unusual when she slept in that room.

However, any ghost with an ounce of sense would stay far away from Ms. Davis. She was known for being strong-willed and sharp-tongued. She would not willingly share her room with a ghost.

Those are the ghosts I clearly recall from my visit to Houmas House. (My husband and I slept soundly in a guest room on the top floor of the house. If that floor was haunted, the ghosts didn’t disturb me that night.)

The Houmas House episode of The Bachelor was embarrassing to watch.

From the start, I was skeptical when the ghostly little girl was given a name, “May.”

Perhaps someone has successfully documented the ghost’s identity, but the Houmas House website doesn’t suggest that.

Then, the doll that they showed in the glass case did not seem to fit the correct time period. (Also, the staging with “Boo” outside, saying that someone had disturbed the doll… it seemed like an after-thought. It didn’t make much sense.)

When Houmas House’s lights suddenly went out, and then when the chandelier seemed to crash (almost) to the floor, I was ready to stop watching the show.

Those kinds of things don’t happen in most truly haunted houses. Most of the time, they’re staged for silly movies and TV shows.

My biggest complaint was related to the Ouija board scene.

Yes, the letters had been painted white. That doesn’t make the board any less dangerous.

There is no way I’d allow anyone to use a Ouija board at a haunted site, unless everyone involved knew exactly what the risks might be.

(I’m not saying that Ouija boards are inherently evil. My personal issue with Ouija boards is that too many people use them for “fun,” not realizing that some divination tools open doors. Once a door is opened, an unprotected person can be at risk.)

In the following YouTube video (actually, an audio with video added later), John Zaffis talks about his experiences with Zozo and Ouija boards.

(I’ve known John Zaffis for about 20 years, and I respect him. He’s very different from how he was portrayed on the Haunted Collector TV show. If I’d ever considered accepting a role on a ghost-related TV show… well, after seeing how they edited John, there’s no way I’d put my reputation in the hands of TV producers.)

Also, in this video, that silliness about Aleister Crowley using the Sun symbol as something evil, and other text & images added to the video…? Ignore them. I’m including this video only for John’s description of the Zozo phenomenon.

And, since I mentioned the weird, strange, and possibly haunted objects at Houmas House, here’s a video of John Zaffis sharing his views on that topic.

I don’t agree with him on all points, but I definitely defer to his greater experience in the field of dangerous haunted objects, and demon-like entities.

Houmas House is worth visiting

Despite my skepticism and irritation with how Houmas House was portrayed on The Bachelor, the site is definitely worth visiting.

That’s not just because you might encounter a ghost in broad daylight.

It’s also because the house is magnificent, it has a fascinating history, and it represents an era (and architecture) you rarely see so well-preserved, anywhere in the South.

Here’s a 25-minute video by Kevin Kelly, explaining his experiences with Houmas House.

[When I find my old notes & photos related to Houmas House’s ghosts, I’ll add them at this website. For now, this summary should explain why I believe the house is haunted… and why you shouldn’t judge it by what’s shown on shows like The Bachelor.]

One thought on “Houmas House Ghosts (and The Bachelor TV Show)”