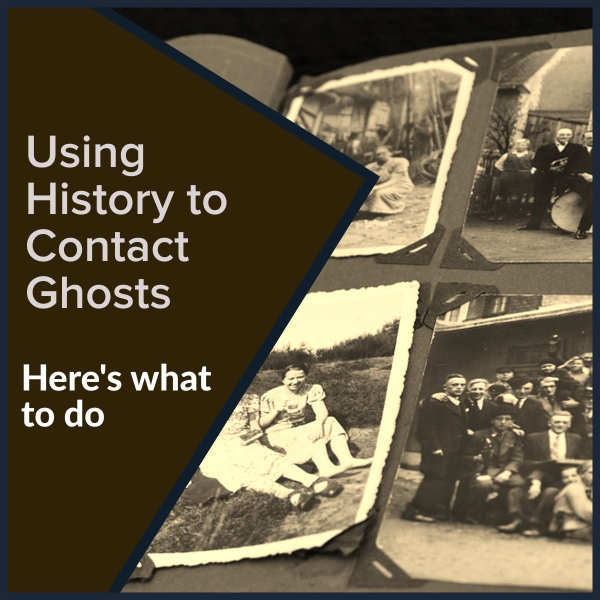 Are ghosts real? And – if they are – how can we interact with them, without provoking their anger and increasing their pain?

With more research, we might learn more about why some places seem haunted.  That’s why I share my favorite ghost hunting tips.

If you’re busy, here’s one of my earlier 10-minute podcasts about this topic. (Otherwise, just scroll down to read the article.)

In this 10-minute recording, you can learn how to use history to confirm and increase ghostly activity at haunted locations. Fiona shares some of her best-kept secrets, with tips for putting them to use in your own investigations.&nbsp; The related article – and helpful links – are at HollowHill.com

Recently, I read an article about renovation ghosts. I wasn’t familiar with that phrase, but the concept behind it is part of my everyday research.

It’s how you can get extraordinary results at haunted places, too.

So, what is this technique…?

In one word, it’s synergy. Here’s the Cambridge Dictionary‘s definition.

Synergy: the combined power of a group of things that, when they are working together, is greater than the total power achieved by each working separately.

To get the most from a ghost investigation, it helps to – ahead of time –  research the likely ghosts at that site. Learn their personal histories, as well as what life was like in their lifetimes.

You’ll use that information to get an emotional reaction – or even a clear response – from each ghost. (This is different from “provoking.”)

When ghost researchers use this kind of synergy, the results can be spectacular. Literally.

History as a trigger

Emotional triggers can range from mentioning a sore subject to outright bullying.

Emotional triggering is, at root, a survival response. Our brains create powerful associations between things that hurt us and whatever happened to be occurring when we got hurt.

That’s  similar to what I’m describing: using historical reminders that will get the attention of the ghost.

What you’re looking for are historical cues that each ghost will associate with his/her/their past.

Yes, this sounds like provoking, and that can get a response. I believe provoking can cause deep pain for the person who’s haunting the site.

Avoid provoking. We have more and better options.

What will get the ghost’s attention?

One of the first things to confirm at any location is: Is it really haunted? The best way to verify that is to do something that can magnify ghostly activity.

Instead of taunting ghosts to evoke a reaction, you can use external, physical cues that invoke the ghost’s most vivid memories. He, she, or they may respond on a personal level, or in a way you can measure with ghost hunting equipment.

Those cues may include archaeological research, historical reenactments, or even simple home renovations.

When DIY gets scary 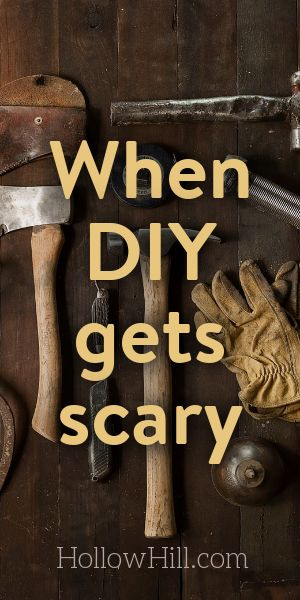 I’ve witnessed this first-hand in a 19th-century California home my husband & I renovated.

It was only mildly haunted when we moved in.

Then, we started opening walls and ceilings to replace the electrical wiring.

It was noisy, day and night.

Sometimes, objects were moved and even broken.

We knew two ghosts were involved, because we could hear his heavy footsteps and her sobbing.

Within a few weeks, we realized that my husband was starting to act like the male ghost. And I was doing a lot of crying.

We moved, almost overnight. At the time, it seemed the only answer. (Today, I’d handle things differently.)

But, I’ve seen this same pattern repeated among private clients. And the Amityville Horror story is an extreme and iconic example.

In many homes, the ghostly activity will diminish (or completely stop) within two or three weeks of completing the renovations.

But, if you hear of a story like this, visit it as quickly as you can.

Document what’s going on. (Of course, do this discreetly, to protect the homeowners’ privacy and peace of mind.)

Why this works with lingering ghosts

Sometimes, they’re they’re trying to return to the past. (Remember the movie Heaven Can Wait?)

Maybe the ghost is afraid you’ll reveal a long-held secret. That’s why he/she/they remain here: To be sure that secret stays hidden.

How to use this to find ghosts

Renovate an old home, or find someone who’s remodeling a home or business.

Even better, talk with friends in the contracting, remodeling, or redecorating field. Ask if one of their clients suddenly seems uneasy about the changes, and if that might be a ghost issue.

Or, talk with staff at a historical site. Ask if anything at the site was remodeled or underwent big changes. Then ask if anything weird happened at that time.

Archaeology can be effective, too

On Twitter, I regularly link to archaeology news, especially in the UK.

Here’s why: When a dig uncovers something related to a noted ghost (royals like Henry VIII or Anne Boleyn), I may hear reports about that same ghost becoming active at other sites he or she was associated with.

That’s where synergy comes in.

It’s not just the site being renovated or dug up, but also related haunted sites, even hundreds of miles away.

For example, when a dig is related to the Black Friars (such as the July/Aug 2019 digs in Ireland), ghost hunters might make monk-related haunts a priority around that time.

The dig in Ireland might have triggered ghostly energy at other, related sites… and any location with the term “Blackfriars” in the name.

Why archaeology is a trigger, and how to use it

Like renovations, archaeological digs churn up past energy, ghosts’ memories, and – of course – the danger of a ghost’s secret being revealed.

Follow news from local universities with archaeology programs, and look for announcements about local digs, as well as digs with broad-scale connections, like the monk-related one I mentioned.

And that topic leads to a third kind of trigger. It starts with deliberately revitalizing ghostly energy… without provoking.

I’m talking about one of my favorite topics: historical reenactments.

Historical reenactments can be intensely haunted 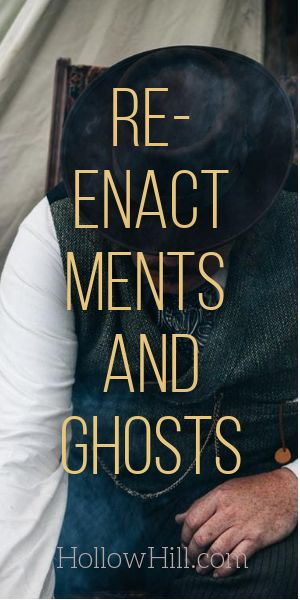 In fact, you may see apparitions and think they’re just people in costume.

Historian and paranormal researcher John Sabol has made use of this for his “ghost excavation methodology.” I’ve witnessed this when he triggered reactions from ghosts haunting a Canadian theatre.

Of course, John draws heavily on his Hollywood acting career. His approach distinguishes what he does from reenactments.

But, the basic concept isn’t new: Researchers can use history and location to create a resonance with ghosts at haunted places.

It may startle (or even delight) the ghosts

Ghosts, seeing people in familiar dress, or reenacting their own past, may feel as if they’re back in their own time again.

Maybe it’s what they’ve been waiting for.

So, they step out from the shadows and go about their normal routines from the past.

Or, perhaps they knows it’s a reenactment, and resent how the past – or even their part in it – is being shown.

Search for “historical reenactments” or “living history events” in your area, and learn about local reenactment groups. (In the US, here’s a useful list: Top 29 Historical Reenactment Societies. Worldwide, Wikipedia has a short list, plus links.)

Join the fun, or be an observer, and watch for anomalies. (Tip: If you’re using ghost hunting equipment, be discreet. Some reenactors are uneasy about paranormal research.)

Of course, you can do this on your own. You can have a mini-reenactment.

Be sure to include people representing the ghosts, or people who were part of the ghosts’ most intensely emotional experiences.

However, it’s vital to research related history. Accuracy is essential.

If it’s just a bad parody, that’s likely to disappoint everyone.

For example, if you’re researching or filming at a haunted site related to Henry VIII, I can recommend Neil Bakewell. (He modestly describes himself as a storyteller.) He’s probably the UK’s best Henry VIII impersonator, as his historical research is impressive and – frankly – with his coloring and booming voice, he looks the part.

In lieu of hiring a professional, a historically accurate performance – such as a scene from one one of Shakespeare’s plays, could attract and confirm ghostly energy. (However, the ghost might be an actor who’d played the same role, instead of the character he/she/they portrayed.)

After all, ghost hunters know that theaters are among the most reliably haunted locations, anywhere in the world.

Putting the pieces together

This is just one piece of the puzzle. In my work, I use history and resonance with other tools. They help me find haunted places and then confirm whether a site is haunted.

But, on its own, you can use historical references – even just a few reminders of history – to trigger ghostly activity.

And this can make a big difference in your investigation results.

Ghost Hunting: How Much Should You Know?