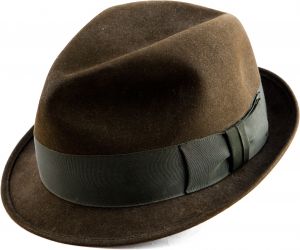 Halloween costume parties can be opportunities to see ghosts.

Of course, most ghost hunters will be at haunted sites on Halloween.

However, if you’re at a potentially haunted site and you’re attending a Halloween costume party, remain very alert.  It’s not just a fun social gathering… it’s an opportunity to encounter ghosts.

This possibility never crossed my mind until it actually happened to me.

In recent years, I’ve been one of the celebrity guests at the Official Salem Witches’ Ball in Salem, Massachusetts.  That popular Halloween costume party is usually held at the haunted Hawthorne Hotel in downtown Salem. More than half the partygoers wear costumes.

That hotel is at point #7 on my haunted Judges’ Line map.  If you’re spending the night, ask for room 325 or room 628… or any room on the sixth floor. According to reports, those are the most haunted sleeping rooms.

During the evening, I looked up from the ballroom floor to see figures standing at the mezzanine windows that overlooked the party.  Generally, they were people in the kinds of costumes you might see at Mardi Gras or any non-Halloween costume party  Now and then, the person would be in classic Colonial garb.

Usually, the person (or a couple of people) would sip their drinks while watching the party below.  Then, they’d stroll off and be replaced by others who wanted a “bird’s eye” view of the party.

However, a couple of times, I saw someone at one of those windows fade away into mid-air. The person didn’t walk away or duck down… they actually seemed to evaporate.

Generally, those people (or ghosts) were wearing fairly ornate Colonial clothing.  They didn’t stand out from the others at the party, except that their costumes looked a little more well-worn than others’ and sometimes they fit differently.  (Men’s jackets were more snug across the shoulders.  Women’s clothes were less form-fitting.)

It wasn’t until the figure faded from view that I realized I’d been looking at something ghostly.

If you’re at a party where you might see ghosts, here are some basics to remember: 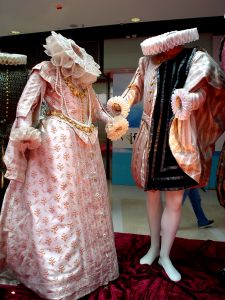 1. You must be alert and in-focus.  This means no alcohol or anything that might dull your senses and alter your perceptions.

Likewise, be sure you’re well-rested before you arrive.  Get a good night’s sleep the night before, and eat a hearty lunch.  (Ordering a full, rich dinner might make you sleepy… eat just a light meal before the party.)

2. Watch the perimeter of the party, and glance regularly at doorways and windows.  Ghosts seem to prefer to watch the party from slightly outside it.  (However, I might have been elbow-to-elbow with a ghost and didn’t realize it.  That’s always a possibility.)

3. Blend in. Wear a costume, perhaps an authentic one from the time period of any expected ghosts.  You’ll want to catch the ghosts’ attention… but not because you’re in everyday clothing, holding a camera, a voice recorder and a K-II!

There’s no reason to choose between ghost hunting and Halloween festivities.  If you attend a Halloween costume party at a site that might be haunted, you may have the best of both worlds… no pun intended.