As ghost hunters, our awareness may not be as limited as we’ve assumed. 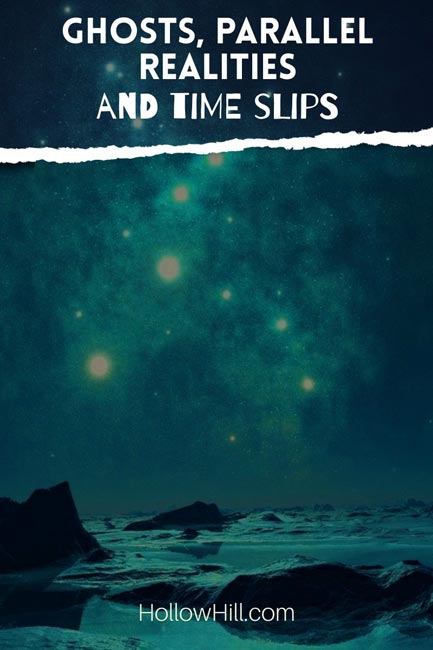 This may seem confusing at first. I’m not sure I fully understand it, myself.

Despite that, the possibilities are exciting.

It could explain some residual energy hauntings.

It could explain why some ghosts insist they’re still alive.

At some locations (time, space, or both), it seems like we’re able to perceive neighboring realities… things that happened in our past but – in those realities – it’s their “now.”

In other words, maybe some ghosts – who insist they haven’t died – really are alive… in their own time/reality.

That could allow energy, voices, or even a spiritual “overlap” between them.

Those time-space locations are like doors. (Such as the door of light that opened in Quantum Leap, and other time/reality sci-fi shows.)

When the door is open, energy begins leaking through it.

When the door is open, we may be able to hear (IRL or via EVP) or otherwise communicate with entities that are on the other side, or are passing in (or out) of our reality.

Parallel realities aren’t the only option, and this isn’t the only explanation for anomalies, either.

In addition, there may be more signs or markers — audio, visual, or other — indicating the “thin points” between realities.

At this site, we’re talking about the signs, markers, and symbols indicating transfer points (time, space, or both) between realities.

And, we’re discussing ways to test this theory,  and develop practical applications.

This 2015 article by Fiona Broome originally appeared as “One of My Theories,” and it’s related to her older Broome Theory ideas.