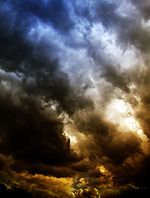 Ghosts? Not everyone believes in them.

Oh, many people are afraid of the dark. Others become edgy when they hear unexplained noises after dark.

Let’s talk about fact and fiction, related to ghosts.

These are the three main kinds of ghostly activity:

Phrases may vary, but the concepts remain the same.

A residual energy haunting is a location that “feels” haunted. When something happens, it’s the same thing, every time. The activity usually occurs on a certain day or date, and sometimes at a particular time. Or, it might be activated by a specific trigger, such as when a certain song is played on the radio.  It might be a temperature drop, an apparition, or a fragrance. However, it’s always the same thing, over & over again.

I usually describe this as stored energy that lingers after an event (or events) that included strong emotions. It’s like an iron that remains hot long after you turn it off. The vast majority hauntings are simply residual energy.

Active hauntings are different. The ghost (or ghosts) reacts to what’s going on when you’re there. If you talk to the ghost, it will respond or at least pause what it’s doing. (These spirits are often described as “sentient.”)

In my research, fewer than 20% of ghost reports are active, sentient, responsive hauntings. Most are residual energy. They’ll fade away over time, if they’re ignored.

Few ghosts appear as apparitions. They’re not complete figures that everyone can see.

Apparitions rarely appears gruesome, bloody, or extremely old or young.  When they manifest, it’s usually how they appeared at the prime of their lives.

Poltergeists are, literally, “noisy ghosts.” When you hear about dishes flying across the room, or stones raining from the ceiling, that’s a poltergeist.

Some people believe that all poltergeist phenomena are psychokinesis (also called PK) or telekinesis. That is, the events are caused by someone living. That individual has elevated abilities related to ESP. According to this theory, people are able to move things with the power of their minds, and no physical contact.

Most people believe that the poltergeist is a mischievous or malicious spirit, acting on its own. It torments one or more people until it gets bored and goes somewhere else.

However, some ghost researchers — including me — believe that poltergeists represent a two-part phenomenon.

One of the most intriguing lines of research relates to water and poltergeists. Poltergeist phenomena seem to increase around water — in the kitchen, bathroom, or a dining area where water is served. And, where there is no naturally occurring water,  unexplained water appears after a poltergeist episode.

In general, ghosts can appear anywhere, but history — and sometimes geography — usually indicate why the site may be haunted.

Likewise, there are three main stereotypes among ghost hunters:

Skeptical critics go to extremes to find normal explanations for events that most people would label paranormal. The stereotype is male, over 25 years old (usually over 40) and he’s annoyingly sarcastic.

Over-enthusiastic “true believers” are the opposite of critical skeptics. In the stereotype, they tend to be teens or young adults, or mature (45+) adults.

However, skeptics and overly-enthusiastic believers stand out in the crowd. So, many ghost hunters have to deal with these labels in the media and public opinion.

The vast majority of ghost hunters are healthy skeptics who admit that some events can’t be explained, and may be caused by ghosts. They enjoy “what if…” questions, and reasonable challenges to paranormal explanations.  They never want to leap to a hasty conclusion.

Most ghost hunters believe something odd is going on at “haunted” sites.

Some, but not all, ghost hunters believe in ghosts.  Generally, they’re looking for proof, one way or the other, but how they define “proof” varies widely. What seems like compelling evidence to one person may seem laughably shaky to another.

In general, most ghost hunters are everyday people. At any ghost investigation, you’ll usually find a mix of genders and a wide range of ages and backgrounds.

You’ll also find a full spectrum of opinions and beliefs.

The media and Hollywood love stereotypes.  They reduce the need to explain things.  Every ghost hunting team seems to have at least one cute guy in a tight t-shirt, and one member who startles easily. (The classic is a young woman with blonde hair, who shrieks at everything.)

Any writer or producer who relies on those stereotypes is short-changing the audience.  While parodies are fun, and it’s convenient to simplify peripheral characters, people know it’s not real.

If you add too many “no, that’s not real” elements, you’ll lose your audience’s trust and loyalty.

If you want believable ghosts and ghost hunters, make them real people, not something freakish or silly.

7 thoughts on “Ghosts and Ghost Hunters – Stereotypes and Reality”