Ghost Hunting: How Much Should You Know?

It’s one of the biggest debates in ghost hunting: Before an investigation, how much should you know about the site and its ghosts?

There are believers and there are skeptics.

You’ll also meet psychics who follow every whim, and start with the assumption that the “odd feeling” is a ghost. By seeming friendly to spirits, they believe they achieve better cross-worlds communications.

In many cases, they may be right.

At the other extreme, you’ll find investigators who insist on physical evidence they can’t debunk. They want hard proof – or at least electronic evidence – before they’ll take any ghost story seriously.

But, another topic divides ghost hunters, and that’s how much to know before an investigation.

I respect team members who focus on their psychic responses to ghostly energy and spiritual impressions. Many – but not all – avoid learning anything at all about the site.

They feel their impressions are more credible (to themselves and others) when they can say “there was no way I could know about [whatever they perceived].”

In most cases, I believe that’s a personal matter. It affirms – to the researcher – that what he or she experiences is real.

Deep Research… Is it an Asset?

At the other extreme, some people (including me) want to know every possible detail about the site, its history, its geography, and its ghost stories.

I’m impressed when something quirky turns out to be true. I’m even more excited when we glean information that no one else had discovered, up to that point.

I’m sure there’s a large group between those opposites. They want to know a little about the site, but nothing that will make them wonder if an experience was “just the power of suggestion.”

But, for all of us, the question of telepathy lingers. That is, if the energy or mental images we pick up were inadvertently communicated, psychically. 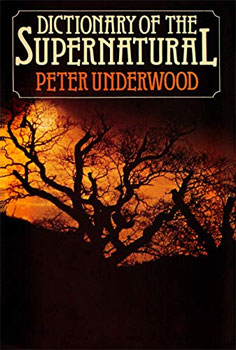 In Peter Underwood’s classic Dictionary of the Supernatural, he describes telepathy as “Communication between one mind and another without the use of speech or any of the normal conscious channels. Also known as thought-transference [and] thought-reading…”

He also says, “Telepathy probably plays a part in spiritualist séances when information… could conceivably have been obtained by the medium telepathically.”

Then he references Zener card tests, which seem to show some psychic connection between certain individuals, but none among others.

For example, in Confessions of a Ghost Hunter, Harry Price described a remarkable psychic encounter:

The most striking incident was where the alleged spirit of Lieutenant Irwin came back within forty-eight hours of the crashing of the R101 airship and gave a circumstantial, detailed, and highly technical account of the disaster. The psychic was Mrs. Garrett, the British trance medium, who does not know one end of an airship from the other. The sitters present at the seance were also quite ignorant of such a highly-specialized business as navigating an airship; yet ‘Lieutenant Irwin’ gave particulars of the R101 which were semi-official secrets, and which were afterwards confirmed at the public inquiry.

If you’re familiar with Harry Price’s work, and how carefully he phrased his reports, you’ll understand why this account is credible.

One problem with questions of telepathy is the same reason Albert Einstein – initially, a believer in telepathy – rejected the notion: That is ESP (including telepathy) doesn’t fall of sharply and isn’t diluted with distance between the sender and receiver. (Technically, this relates to the inverse square law.)

In other words, the psychic investigator might be picking up thoughts from someone researching the site’s history, at a laptop computer 500 miles away.

Is that likely? I’m not sure.

As I see it, this means we can’t think of telepathy as something isolated to the investigation site.

Likewise, there’s a problem if telepathic communication doesn’t decay with distance, and a ghost is a spiritual/psychic projection by that ghost. In that case, we can’t assume the ghost is at that research site. It might be half a block away, or on the other side of the globe.

Okay, that’s placing one “what if?” question on top of several others. So, let’s put that challenging topic to one side, for now.

In my own research, I’m more alarmed by some investigators’ reliance on “evidence” provided by electronic ghost hunting equipment.

Oh, I use EMF meters, ghost boxes, voice recorders, and so on, just as many researchers do.

However, I still believe that the most meaningful proof – if there is any – is based in the mind of the investigator. If you’ve had a meaningful ghostly encounter, and it affirms your faith in life after death and spirit communication, does anything else matter?

That brings me back to the topic at hand: How much ghost hunters should research prior to an investigation.

Why I Believe in Pre-investigation Research

For me, historical and geographical evidence can support the idea that a location is haunted. Or, it can make me question it.

I like the odds stacked in favor of a successful investigation.

In addition, if I already know the names of likely ghosts – and those they associated with, in life – I think I get better results. Everyone likes to feel remembered, and called by name.

If I also know the context of the ghosts’ lives and deaths, I think it improves my rapport with them, whether I’m looking for a reaction on an EMF meter, an EVP response, or something else.

But, for others, the stronger confirmation is what Harry Price described: An investigation where no one on the team (or nearby) had any prior knowledge about the ghosts.

That’s something each ghost hunter needs to decide, in general, and sometimes on a case-by-case basis, depending on your goals.

I like to know every bit of information I can dig up (no pun intended) about a site and its ghosts.

2 thoughts on “Ghost Hunting: How Much Should You Know?”