The following photos are related to research techniques described in my book series, Ghost Hunting in Haunted Cemeteries.

All of the following photos are from South Street Cemetery in Portsmouth, NH (USA), and they’re within about 30 feet of the cemetery walls.

The “Where’s Waldo?” photos aren’t related to anyone actually named Waldo. The term references a children’s book, because it’s such a challenge to spot these kinds of headstones in wooded settings.

Note: Several years ago, after my book, Ghost Hunting in Haunted Cemeteries, was published, one of Mr. Mooney’s relatives contacted me. She planned to have the stone restored to the deceased’s grave. 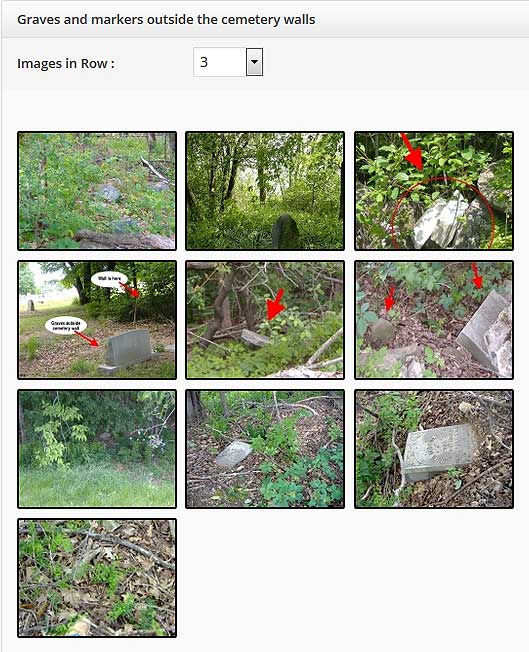 Mr. Mooney’s hidden gravestone (lower row of photos) is in a directly in line with where the toe of my shoe points. Only the very tip of the stone (or perhaps a corner of it) is above the ground. It’s in the top 1/3 of the photo, and between two somewhat horizontal sticks.