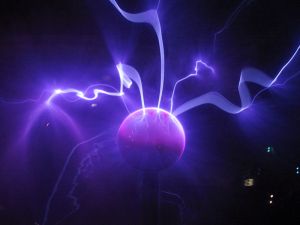 EIFs are Experience Inducing Fields. Hardly anyone talks about them. They’re difficult to measure. Their effects are tricky to estimate.

So, many paranormal researchers pretend they don’t exist.

However, it’s vital to consider them as we evaluate paranormal sites.

EIFs include sites with high levels of EMF. We can measure those. We know they can create emotional, mental and physical distress.

Infrasound is an issue. It may be a big issue. I’ve talked often about the relationship between hauntings — particularly poltergeist activity — and underground streams, and water in general.

At present (2010), geomagnetic fields (GMFs) are practically ignored during most paranormal discussions.

That’s a problem. But, I’m about to take this in another “what if…?” direction.

What if those fields don’t just affect some researchers.

What if those fields also act as beacons for… well, whatever’s reported at the location?

At the moment, that’s a question that no one can answer.

We need to talk about these things.

Yes, I know: When I go out on a limb like this, skeptical critics chuckle. Others may use EIFs to dismiss all paranormal reports.

We can’t let critics — and potential ridicule — stand in the way of important research. Every theory should be considered and explored.

I believe that EIFs may explain many — but not all — paranormal experiences.

Let’s identifying things that merely seem paranormal. Then, we can narrow our investigations to sites with genuinely baffling anomalies.

I’m interested in your thoughts on this. I hope you’ll leave feedback below.