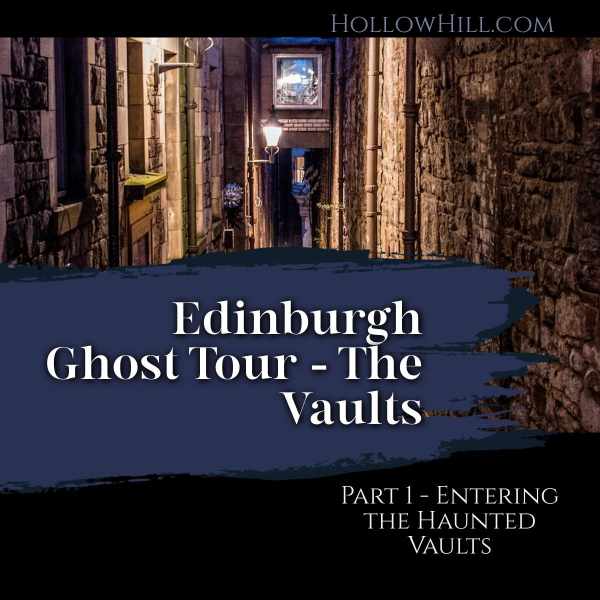 The ghost of a murdered little girl haunts Edinburgh’s underground vaults and passageways.

This 1996 story describes the original encounter with her. In fact, I personally guided many of the staff of Mercat Tours through the vaults shortly after they opened for tours in mid-1996.

I’m the one who provided them with the information about the ghost of the little girl.

Here’s the full, true story from that evening, told in four parts at this website.

On May 6th, 1996, my family and I visited Edinburgh, Scotland, my husband’s ancestral home.

For entertainment, friends said that we must take one of Edinburgh’s “ghost tours.” We chose the Mercat Tour because it was near the restaurant where we’d had dinner.

We expected a light-hearted evening. Our tour guide, Judith I. Mann, provided exactly that. Her theatrical skills made the evening a delightful experience filled with mock melodrama and hilarity.

Most of the tour was above ground. We saw places where people had been hung, sites where people were buried beneath the pavement, and so on. It was standard fare, and great fun as Ms. Mann told stylish – and clearly exaggerated – tales.

However, our last stop was “the vaults.” That’s an underground area. It had once provided housing and workplaces for some of Edinburgh’s poor.

Our tour was among the first to explore these dark rooms and corridors, which had been closed for over a century.

What lurks beneath Edinburgh’s streets?

From the moment I looked around the grim setting, I felt that we were not alone. Oh, we had about a dozen other tourists with us, but it was more than that. The room held a lingering sense of immense sorrow and hardship.

The sensations in the rooms became more sinister as the tour continued. I could see the outline of figures, and the rooms threatened to transform into something dark and tragic.

I was troubled and intrigued, but it was still a jovial tour so I didn’t say anything.

At the conclusion of the tour, we returned to the street level, and entered a comfortable pub where we sat around and chatted happily about the different sights we’d seen that night.

A few of the tourists left for their respective lodgings, and then the conversation turned serious as we discussed “real” ghosts. I offered to return to the underground area and see if I could “pick up” any extra information, since I have seen ghosts in the past.

Ms. Mann led us back underground. She encouraged me to share what I saw, heard, and felt as we revisited several rooms and passageways. She said my insights would be useful for future tours in those newly opened areas.

I was delighted to be helpful. I’m still proud of the information I provided, especially if it improved other tourists’ experiences.

Even better, we were accompanied by several tour guides-in-training, who’d joined us at the pub. It was a rich, wonderful encounter with ghosts in the abandoned vaults.

The following articles describe what happened. It was beyond what anyone expected.

Our other articles in this series: