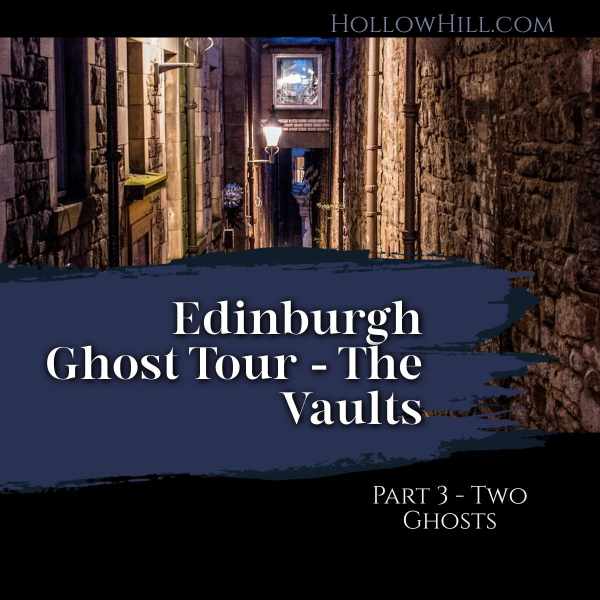 Ghost of Edinburgh – The Vaults Tour and Two Ghosts

Several ghosts lurk in the vaults below Edinburgh, Scotland. Read about two more Fiona encountered during the Mercat Tour, and some additional quirky spirits that followed.

In the next room, there were two energies:

One was a young-ish man from England, with a haircut that I wanted to describe as “different.” In fact, he took pride in his stylish, perhaps trendsetting looks. In my notes immediately after the tour, I described him as a “lower class smart aleck.”

I sensed that he’d lived in the room just briefly, soon getting into deep trouble and living elsewhere as a result.

The second energy was from an older man with a small, rounded body. He was a Bible reader, but why did he hide his Bible? (I know nothing about Edinburgh religious politics in history, as I write this.)

I know that he was poor, but he took in younger men who were in even worse financial and spiritual condition, as a kind of personal ministry.

I’m not certain that he was a kindly old man. I didn’t like him.

An early ‘Casper the Ghost’?

The final residential/work room that we visited, was the most visually spectral.

I sensed a ghost who was there to be a ghost. In other words, this person knew that he was dead, knew he was a ghost, and was making the most of it. It’s as if he was dedicated to being a ghost. I could “see” someone’s outline with a tricorn-type brimmed hat and rather wide shoulders, but otherwise draped in sparkling sheet-like material. It seemed tacky and cliched, to me.

He floated slightly above the floor, as ghosts are supposed to in B-movies. But the ghost was only slightly irritated by my lack of admiration; he’s there to haunt, and that’s his driving purpose.

The rest of the room was dominated by the energy of someone who worked on shoes. I saw him – and so did two of my children – clearly outlined as a shadow on the wall (and no, this had nothing to do with the colored lights on the floor, intended to add to the “haunted” atmosphere.)

Soon, I could almost see him as he must have looked in life: Like Stanley Holloway (but shorter), from My Fair Lady, including the leather apron, sooty face, and a funny hat with a large brim that extended slightly down his back. He had a Stanley-Holloway type nose, too.

All through the room, I had the sense that this man – and perhaps other workers – had been very industrious, making and/or repairing shoes. I could “hear” the clang of a metal hammer, and “smell” leather. I sensed a large fire there, almost as if it had been a blacksmith’s as well.

But, I don’t know much about shoemaking, so perhaps I am mistaken on that point.

It was in that room that – apparently – I began manifesting a glowing, green, misty substance. From the description, it trailed from my feet as I walked, and then vanished after a few seconds.

(My children told me about this later, and I was very disappointed that I didn’t notice it. They’d assumed I was aware of it as it happened, but – for me – the floor was one of the least interesting aspects of this very weird tour.)

This story continues in my next article, Edinburgh ghost tour – part four/conclusion