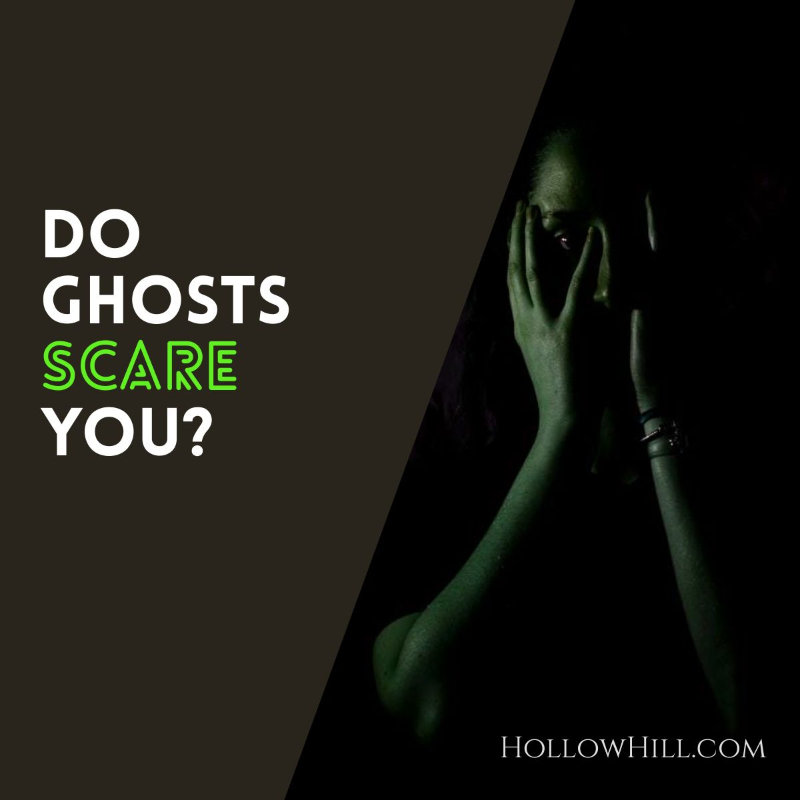 “Do ghosts scare you?”

Those are the questions most people ask me when they learn that I’m a paranormal researcher.

My simplest answer is: No, ghosts don’t scare me.

And, since ghosts don’t frighten me, a simple haunting (or two or three) won’t alarm me.

In fact, I’m more likely to whisper, “Ooh, cool!” and members of my team will nod in agreement.

Most investigators want to encounter ghosts.

But, if you think ghost hunting is as exciting as it looks on TV, and – just for fun or a “good scare” – you just stumble into a “haunted” site, you may be disappointed.

You may also put yourself in danger.

Ghosts… and Not Ghosts

Most ghosts are just people, without solid, physical form.

They may be able to interact with our world – by moving objects, touching people, or speaking so they’re recorded as EVP.

Since most ghosts aren’t able to do much, physically, in our world, I’m not afraid of them. They’re just spirits.

But, not all “hauntings” are ghostly. That’s what scares me.

What you’re experiencing could be caused by someone (or a few people) who are very much alive.

OR, it could be an entity that’s not human, not a ghost… but definitely a threat.

Of course, if someone – or a group of people – might be trying to scare you, it’s best to retain your composure (as best you can), and leave immediately. 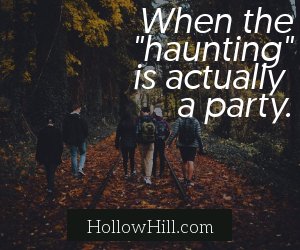 In most cases – especially deserted locations like cemeteries, battlefields, and abandoned buildings – your most likely tormentors are party-goers. Those isolated sites are popular among young adults who want to drink, smoke, or have a laugh… or all three.

It’s never smart to try to argue with someone who wants to have a laugh at your expense. It could turn ugly in a hurry, especially if the person is drunk.

Whether or not you’re dealing with party-goers, carefully consider whether someone in your group is part of the problem.

That includes jokers who don’t take ghost research seriously, and predators.  (I’m not sure if they’re magnets for problems, but every time I include a researcher who makes me a little uneasy, we seem to encounter other issues, too.)

When it’s Something More Dangerous

Ghosts don’t scare me, but other entities can, so Vale End Cemetery is the scariest place I’ve ever investigated.

That’s partly because I don’t know what those entities are, and how to protect myself from them. (Of course, in unfamiliar and creepy settings, it can be helpful to invoke spiritual protection before entering the site.)

Some entities might simply be weird energy, manifesting because… well, I have no idea why. 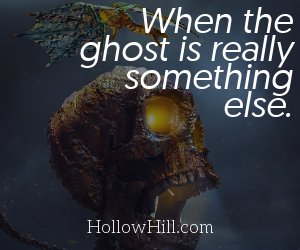 If something is clearly malicious, and starting to cause physical or emotional harm, leave the site immediately. That’s especially true if problems began with someone provoking the spirits.

Whatever demons really are, they’re dangerous. Despite what you’ve seen in popular media, a simple exorcism rarely resolves a demonic attack. The victim – if he or she survives – can battle dark entities for months or even years.

I’ve written about this in the past. See Possessed? Need help?

A personal note: I still recommend John Zaffis if you may be dealing with something demonic or malicious. I’ve known John for decades, and  I respect his work in demonology. (In my opinion, the TV series The Haunted Collector portrayed John in a truly unflattering light.)

John is actually one of the top authorities in the field of demonology, and donates many hours of his time to helping those in need.

This video – a trailer for a film – shows John more clearly.  (Yes, the b&w segments may not impress you. Pay attention when John is actually on the screen.)

The best thing to do is avoid anything that might be demonic or malicious.

This means nobody on your team should use a Ouija board. (We have no idea why they seem to attract bizarre and scary entities, but Ouija boards do.)

And, as I said earlier, no one should provoke spirits, unless the investigator is very experienced with this technique, and there’s no alternative in the situation.

If you feel frightened for any reason at any haunted location, get out of there. Trust your angels, spirit guides, intuition, “gut feeling,” or whatever you call the impulse that signals danger.

I’m not scared of ghosts, but ghosts aren’t the only entities out there. It’s important to keep that in mind.