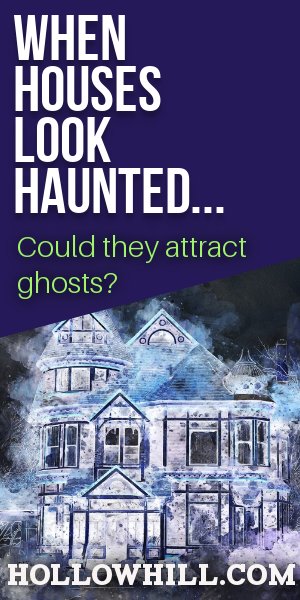 Can a house look haunted? Can its appearance attract spirits?

Or, can that trigger residents’ anxiety so they merely think their home is haunted?

Unless someone is unreasonably afraid of ghosts, I don’t think a house that “looks haunted” is enough to make someone call paranormal investigators.

A friend sent me a link to a MetaFilter thread about Victorian architecture and other cues suggesting a haunted house.

Of course, many (most?) people think about ghosts now & then. A door that slams shut due to a breeze, or seasonal creaking of floorboards… many things can trigger thoughts about ghosts.

That’s normal, and – once the initial fear passes – there’s usually a normal explanation for whatever-it-was.

But… could ghosts be attracted to houses that “look haunted”?

Ghosts and Where They Haunt

Few ghosts change locations. (The ghost of Judith Thompson Tyng is an exception. She haunted the two men she blamed for her death, and then she killed them, one by one.)

In many cases, if ghosts thought they could leave the sites they haunt, they would.

Other ghosts, such as the feuding brothers of Greycourt Castle,  have unfinished business. Neither of the brothers is willing to abandon his claim to the buried treasure.

Those kinds of ghosts choose to remain in our realm, until that business is concluded.

And then there are the “green lady” ghosts, who protect their former homes, and the famous Irish banshees who protect families.

Or, Do “Haunted Looking” Houses Create the Right Environment?

A more tangled question is whether people expecting ghosts – at spooky looking houses – create the ghosts.

I’m thinking of the eerie results from the Conjuring Up Philip experiments. I had the amazingly good fortune to spend time with one of the original “Philip” group, and talk with him about his experiences. He was a little cryptic about his views, but also confirmed that – yes – what was reported, actually happened.

Here’s a 12-minute video that describes the experiment. (The broadcast was filmed a long time ago, so it’s a bit blurry.)

And, if you can find a copy of the original book, read it.  It’s likely to change how you think about ghosts and haunted places.

IMPORTANT: If the following video won’t play in this window, click through to see it at YouTube. In my opinion, every ghost hunter should know about the Philip experiments.

It was a dark and stormy night.

But, for ghost enthusiasts, it can trigger a few deliciously eerie images of haunted places and the spirits they harbor.

Of course, few of us are foolish enough to investigate outdoors during thunderstorms. Between the soaking rain and risks of lightning strikes, it’s better to ghost hunt indoors.

However, a recent article raised a few questions worth considering.

Is there a connection between ghostly phenomena and weather? It may not be “just in your mind.”

Here’s part of the article,   A Dark and Stormy Night: Does Weather Affect the Paranormal?

The idea is not entirely far-fetched. After all, if ghosts, spirits, and other such entities do exist, then they must use some form of energy…

For example, it is thought that ghosts sometimes utilize the ambient heat in a room for energy to manifest, leading to cold spots as this energy is abruptly absorbed.

…There are various types of atmospheric activity that could possibly affect the paranormal activity of a location, with the most common image of this being thunderstorms, so how would these storms be able to exert an influence on supernatural entities?

…Perhaps the biggest factor is simply the sheer amount of electrical and electro-magnetic energy charging the air during storms.

That’s an interesting theory. I’m eager to hear if anyone has first-person experience with stormy weather increasing ghostly activity.

That same article raises other questions about other atmospheric conditions, too:

…A good example would be solar activity from our sun, which sometimes releases solar flares that set loose X-Rays, intense doses of UV radiation, and create what is called “solar wind.” This solar wind is composed of highly charged plasma particles that can lash out to reach all the way to Earth, where it’s electromagnetic energy is powerful enough to cause disruptions in the planet’s magnetic field called geomagnetic storms.

If you’d like to compare investigation results and solar activity and geomagnetic storms, NOAA offers Alerts, Watches, and Warnings. (I prefer the visual displays on the NOAA homepage.)

Then, the article continues with skeptical notes:

… it is also important to look at other natural explanations for why the weather might produce more reported paranormal activity. The most obvious one is that simply the spooky and rather ominous quality of storms… make for an atmosphere in which people more susceptible to perceiving perfectly mundane things for being supernatural.

I agree, especially if an investigator is new to paranormal research, or is feeling unusually stressed. “Dude, run!” moments can happen to anyone. It’s really embarrassing when the cause is debunked.

The following, one-minute video doesn’t claim to show a ghost, but the face-like image in the clouds is fun.

Finally, the storms article delves into the topic of infrasound, as well. It’s a topic worth considering, and something I check before any investigation.

Paranormal activity witnessed during storms may also be caused by phenomena other than the supernatural. The most obvious example would be ultra-low frequency sound waves, called infrasound.

But, ruling out the emotional impact of storms and infrasound, I’m very interested in any connections between thunderstorms, geomagnetic storms, solar flares, and surges in paranormal activity.

Also, has anyone noticed an increase in psychic activity (your own or others’) during extreme weather?

I’ll admit that – aside from dashing between the car and the investigation site, dodging rain, snow, or sleet – I’ve rarely paid much attention to the weather.

If you’ve experienced anything connecting paranormal activity and weather, I hope you’ll leave a comment to share your insights.

Read the full article here – A Dark and Stormy Night: Does Weather Affect the Paranormal? 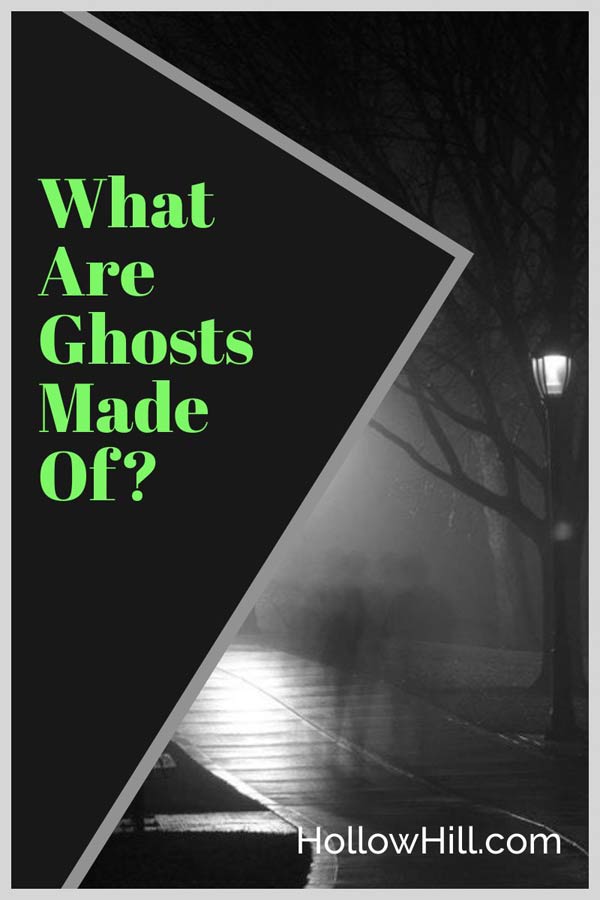 It’s an unusually good article, though I heartily disagree with some claims in it. (I’ve written a general review at my author blog, FionaBroome.com.)