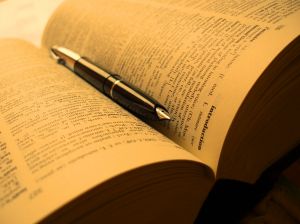 Today, I received a very interesting email from a woman who thinks that she may be sensitive.  Her questions and comments were sensible and showed considerable insight.

Ordinarily, and especially at this time of year — getting ready for “ghost season” (Halloween) — I’m unable to answer emails. However, this email seemed important enough to answer and to post information about.

The woman had discovered that many ghost-related website copy from each other. Several make ridiculous claims. She was looking for an honest response to her questions, and she hadn’t found them… yet.

She asked about understanding, gauging and developing skills as a sensitive.

Here’s an edited version of what I said to her:

You’re not rambling.  You sound like a sensible person with a healthy level of skepticism.

You’re right. You’ll find many copycat websites online.  They’re fun for some people. I’m okay with that.  If all people want are a few “good scares” or they want to pretend they’re ghost experts, it’s fine, as long as they don’t take themselves too seriously.

Serious researchers can spot those websites within seconds. After a few chuckles, we click to the next possible resource.

In my opinion, and from what I’ve read in your lengthy email, you’re not deluding yourself.

Don’t let age be an issue.  If anything, age brings lots of “older but wiser” knowledge.

The best way to gauge how sensitive you are, and to develop your sensitivity is to:

1. Observe what you sense, carefully.
2. Observe your reaction to it, with some sense of distance from it all.  Be as objective as you can, as you evaluate everything about your experiences.
3. Keep a diary or journal, recording your impressions.  Re-read it every few months, to see how much you’ve learned and achieved.

Classes are available in many communities. Few seem to teach anything helpful.  I advise people to be very, very careful about the people they trust, and especially those who may be misguided, themselves.

In addition to my advice, above, check your baseline physical and emotional state every day before you get out of bed, and at least once or twice during the day.  That will help you identify what’s coming in from the outside, as opposed to external, spiritual activity.

Before you go to sleep at night, write in your diary or journal.  It may be helpful to close each entry with an affirmation about what you plan to accomplish the next day, especially in terms of better understanding your sensitivity.

As you’re learning about being sensitive, keep your boundaries firmly in place.  Opening yourself to perceptions can leave you vulnerable.  Use spiritual protection (if you believe in that) and reinforce your defenses if something uncomfortable seems to be intruding.

Never brush it off as “all in your mind” or “being too nervous.”  Err on the side of caution.

Don’t expect to become an expert at this — or even have a vague idea of how it works for you — overnight.  You’ll probably need months of work before you’re comfortable saying, “I’m beginning to understand this.”  Expect years before you’re able to confidently share with others your insights about sensitivity.

I’m very interested in what others would say to someone who thinks he or she might be sensitive, a psychic, or a medium.  Please share your comments and questions, below. 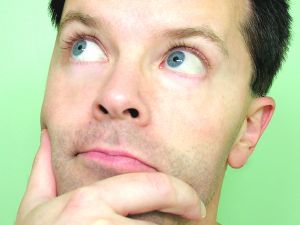 My personal view: I believe that at least 50% of what I encounter in the field is actually someone alive and well and living in his or her own time stream.  In some cases, that time stream is our past.  And, I think that moments of intense emotion convey across the barrier between our worlds – that is, the veil, or the membrane that separates us – more clearly than when someone is having a ho-hum normal day.

If it’s a demon or something malicious, I think it’s been well documented that demonic entities may have the ability to read the victim’s mind. They may also read the minds of almost everyone who attempts to remove, banish, or exorcise the demon.

Also, I wouldn’t rule out deliberate, mind control techniques by malicious entities, or by those who don’t fully understand how unguarded we can be, working in this field.   Though reports of that kind of problem are extremely rare, each ghost hunter should be aware of this, even before you leave for an investigation.

To be blunt, if you feel like something malicious is trying to connect with you, and you’re uncomfortable with that – as you should be – it might be wise to stay at home and alert others who are going ahead with the investigation. 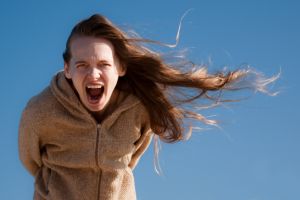 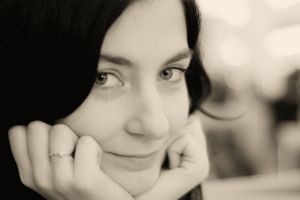 It seems reasonable that a guardian spirit would have empathic gifts, at the very least.  So, if the spirit is someone who cares deeply about you – and wants to know how you’re doing, and perhaps how he or she can help you – yes, I think mind reading is a possibility.

If it’s a ghost with a very personal agenda – something he or she needs help with, urgently – the ghost is less likely to care what you’re thinking.  He or she is focused on getting help.  Mind reading is unlikely in that situation.

In ghost hunting, many people use the words “psychic” and “medium” to mean the same thing.

The words are alike in popular use. However, they mean two very different things.

The word “psychic” comes from the Greek word meaning of the soul, or of life. (Paul uses it in the Bible, I Cor ii,14.)

“Psychic” can relate to the spirit or the mind, depending upon the context.

When someone is a psychic, he or she can perceive — and sometimes influence — things that are outside traditional physical laws and perceptions. For example, some psychics can bend spoons or make objects move without personal physical contact.

Moving objects at a distance can be called telekinesis or psychokinesis (PK). Tests for this usually include attempts to influence the roll of dice.

That can be amusing, but this proven ability has far wider implications.

For example, it may explain some poltergeist phenomena. There’s a pattern to many poltergeist incidents. They almost always happen in proximity to someone who is experiencing roller coaster emotions. Most often, this is a female adolescent, but there are exceptions.

Could someone unconsciously and remotely cause poltergeist activity? I believe that’s happening in some — but not all — cases.

During a ghost investigation, a psychic may be able to:

Psychic abilities can be tested and measured in many ways. Early in the movie, Ghostbusters, Bill Murray’s character holds up cards, one by one. Each card has a specific symbol on it. The test subject — who cannot see the face of the card — guesses the image on the card.

Some psychics’ correct guesses exceeds the odds of random chance.

A wider range of psychic abilities is shown in the Cyndi Lauper movie,Vibes. Her character communicates with a spirit guide. The guide transmits messages to her, sometimes from people on the other side. Other messages pertaining to locations, the character’s personal safety… and which horse will win the race.

The word “medium” indicates something that’s in the middle. In terms of size, a medium is between a small and a large.

In ghost research, a medium is able to communicate between our world and the other side.

One early 21st century medium is John Edward of TV shows such as “Crossing Over” and “Cross Country.” He’s shared messages between people who’ve crossed over, and those who remain in this world.

Does he also receive communications from ghosts? Is there a difference? I don’t know. Some mediums have strong connections to one category of spirits but don’t communicate with other entities.

Technically speaking, most mediums are also psychics. They perceive things outside our usual physical laws.

However, not all psychics are mediums.

Some psychics can bend spoons or identify the owner of a key simply by touching it. The same psychic may not perceive anything ghostly at haunted locations.

Some people believe that these are spiritual gifts, as mentioned in the Bible and other Scriptural references.

Others are convinced that these are inherent abilities that some people have. Or, perhaps everyone has them but some don’t realize it yet.

Most agree that psychic sensitivity can improve with practice, so it can be described as a skill.

For some people, psychic gifts are part of their spirituality and/or religious beliefs.

In other words, these terms — psychic and medium — can mean different things to different people.  They may disagree based on their individual backgrounds and beliefs.

In ghost hunting groups, remain flexible about words like “medium” and “psychic.” It’s fine to explain the difference to someone who’s genuinely confused.

However, treat the subject lightly.  Instead, focus on our common interests.