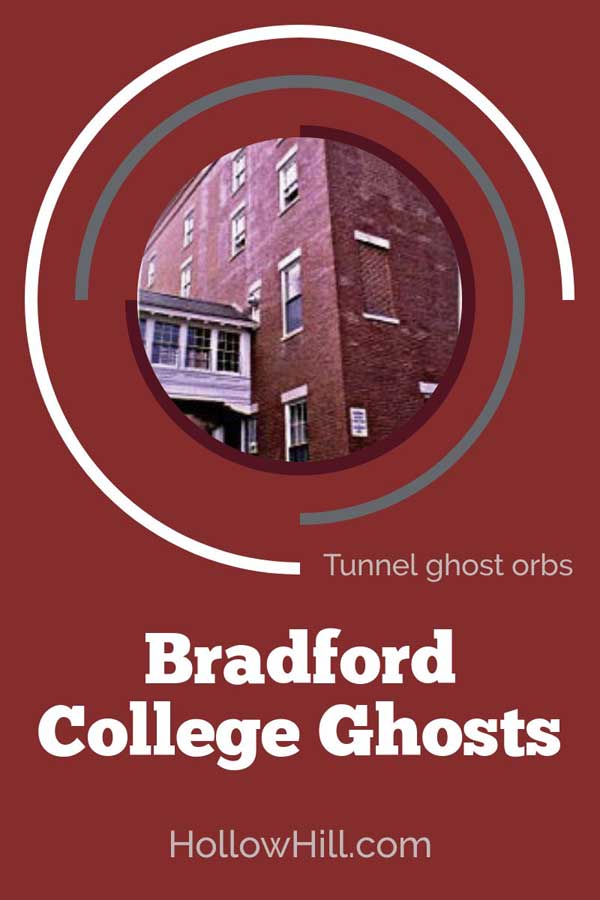 From well-known ghosts in places like the college theatre and tunnels beneath the college, to the connection with Lovecraft’s Necronomicon, it’s a mysterious site.

It’s also private property, since Bradford College closed, and was sold to a new owner.

However, the legends remain. Those who’ve lived at Bradford, and those who’ve investigated its ghosts… we won’t forget what a strange, sometimes creepy place it was.

The following photos show one of the tunnels beneath what was then Bradford College, near Denworth Hall. 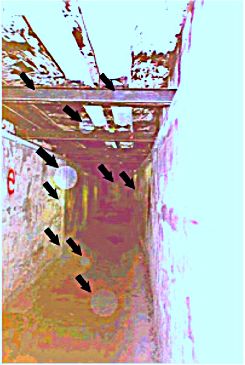 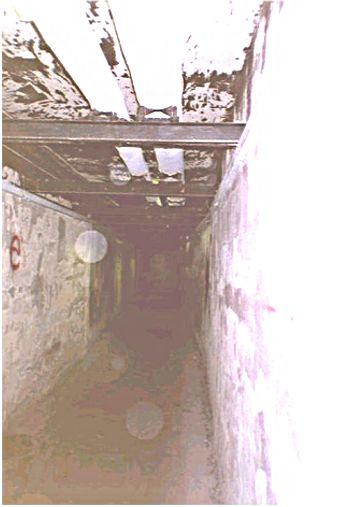 It was not especially damp in this tunnel, and there were no shiny surfaces to reflect the flash. Dust is a possibility, but the question is: Why do we have lots of orbs in some photos – but not in others –  when those photos were taken seconds apart from each other?

In the original photo, I can see at least ten orbs. I’ve indicated many of them in the smaller photo, above. Some are clearer than others.

This is not proof that Bradford College is haunted. Orbs are not necessarily ghosts.

However, unexplained orbs usually indicate a location where we’ll hear many ghost stories.

With or without orb photos, the intense first-person stories — including those of our investigators and the students we interviewed — suggest that Bradford College (no longer at that location) — is truly haunted.