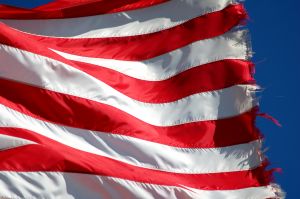 The Betsy Ross episode of “Ghost Hunters” had barely aired when I started receiving emails.

People are asking me if Betsy Ross was a hoax, but I suspect that many are actually asking me about the TAPS team.

I’ll repeat my previous statement:  I’ve known Jason and Grant for years.  I trust them 100% and have no doubts about their integrity.  They didn’t get into ghost hunting for fame or fortune, and they’re not going to knowingly risk their reputations for something as silly as show ratings.

Have the show’s production staff ever faked evidence, edited the show so the televised version was different from what occurred, or outright conned the stars…? Those are fair questions that I can’t answer.

It’s important to separate the issues.  First, there’s the TAPS investigation of the Betsy Ross house.  The Ghost Hunters’ reveal segment summarizes what they experienced.

Then there are the historical questions, which are academic more than experiential.

So, criticism of the house’s history does not reflect one way or the other on the integrity of the Ghost Hunters’ episode and especially not the stars’ investigations.

Regarding Betsy Ross, her famous Philadelphia house and her involvement with one of the earliest American flags… no one can absolutely, positively prove anything one way or the other.  They can only talk about evidence that’s lacking.

In court, both sides would rely mostly on hearsay and circumstantial evidence.  It’s true that no one can prove that she sewed anything in that house… but they can’t prove that she didn’t.

I’m posting part of an email that I sent to one reader this morning.  The Hollow Hill reader who’d written to me referred to a link supposedly “busting” the Betsy Ross legends.

Here’s part of my reply: 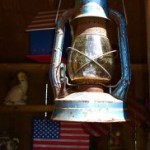 I wouldn’t take that article too seriously. Few events in history were lived as if they’d need to be documented for skeptics.

Really, could you absolutely, positively prove what you had for lunch a week ago, and provide enough overwhelming evidence to convince a rabid skeptic? Probably not.  A receipt or your memories probably wouldn’t be enough.

There are groups that insist there was no Holocaust. You’ll also find hundreds of articles that claim that the Oklahoma City bombing  was a government conspiracy, and the Pentagon was never hit by a plane on 9/11.

Likewise, many people have written carefully footnoted articles insisting that no astronaut has ever walked on the Moon.

Note: Please don’t comment here about those controversies.  I’m not taking sides in those arguments, just showing that many (or most) historical accounts have two or more sides with enough evidence to raise questions.

In my opinion, historical arguments can actually increase activity in a haunted site.  The spirits know the truth and they may try to convey it to us, by whatever means they have.

BETSY ROSS – DOES IT MATTER?

For people who will only believe in Betsy Ross if they see her, in person, and actually witness her stitching the flag…. well, there is no proof that will satisfy them.

To them, it’s all “myth and folklore” and there’s nothing anyone can do to convince them otherwise. I am sorry for their cynicism. Their lives must be very bitter.

Is the Betsy Ross story entirely true? People will decide for themselves how much makes sense, given the existing evidence and the strength of historical traditions.

Here’s something to consider: If you don’ t believe that Betsy Ross sewed the famous flag, it might be smart to look for hauntings at the home of the person who actually sewed it.  He or she may have a story to tell.

When considering the haunting of any location, documented history can affect how we tell the story, but little else.

For example, we’ve seen sites that increase in activity because visitors believe that the location is haunted.   Those visitors’ beliefs and emotional reactions may contribute to the residual energy.  Gilson Road Cemetery (Nashua, NH) may be an example of that, as may Louisiana’s Myrtles Plantation.

We’ve also heard reports of ghosts who should logically haunt where they lived and/or died… but they haunt a site more popularly associated with them.  (Portsmouth, NH’s Sise Inn comes to mind, since the ghosts probably lived in a nearby house.  By the time people researched the facts, the ghost stories were already associated with the Sise Inn.)

In my opinion, history can anecdotally support evidence of paranormal activity, and vice versa.

History can be an issue when psychics make claims that contradict well-documented facts.

However, the TAPS team were there for physical evidence.  History is not a factor, one way or the other, and it makes critics look silly when they raise irrelevant arguments.