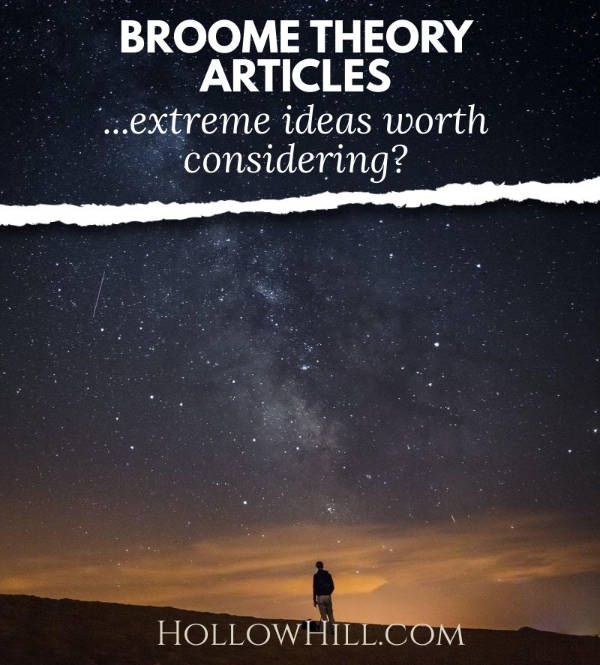 Are you interested in super-speculative, “fringe” ideas about ghost hunting?

If so, get ready for some of my more extreme “what if…?” theories.

Where These Ideas Came From

Since the 1990s, friends and I have discussed some extreme ideas about ghosts.

For example, what if they’re not dead?  What if EMF isn’t ghostly energy, but something far more interesting?

I kept those theories separate from my other research. I was sure that many readers – who don’t know me in real life – might think I take these ideas 100% seriously.  (I don’t.)

So, I created a small website called The Broome Theory.  I shared the link with just a few people I figured might want to share their thoughts, as well.

(Origins of that name: Back in the late 1990s and early 2000s, among fellow ghost hunters, I’d regularly offer zany, “what if…?” ideas. It was fun. We’d build on each other’s ideas, and some of them actually seemed credible. Soon, when I’d start describing my latest speculation, a couple of friends would joke, “Uh-oh, it’s another Broome theory.” And we’d all laugh.)

But – oops – almost immediately after I launched The Broome Theory site, snarks and troll-like comments flooded it. Wow, so much for keeping a low profile, right?

(This was before they shifted gears and decided to guffaw at our equally speculative Mandela Effect conversations, instead.)

I removed the Broome Theory site and quietly placed some of the articles here at Hollow Hill.

Now – late in 2020 – I’m seeing some of these concepts more widely accepted. So, I’m going out on a limb and restoring the articles so they’re easier to find.

I’ve also added a few related, “what if…?” articles, as I’ve researched these topics. (Those articles have asterisks [*] before each link.)

These convey the same “what if…?” ideas my friends and I have discussed for decades. And we still don’t have reliable answers.

Even older (2006), Ghosts and Molecules, about “shadow people”

(I’ll continue to add more articles like this, as I find them on my hard drive or in dusty corners of this site.)

And, since I’m testing some new video software, here’s a sort-of TL;DR version of what the articles suggest.