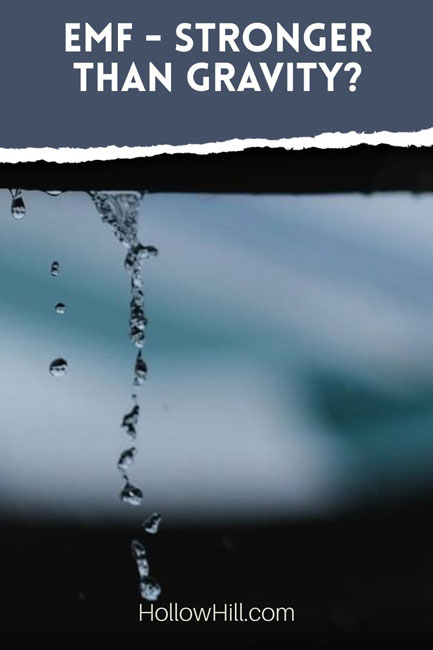 Almost everyone over age 40 is profoundly aware of gravity.

Its effects stare back at us in the mirror every day.

Okay, all kidding aside…

Gravity is a major force. However, I’m reading about a “fifth force” and how electromagnetic energy is more powerful than gravity. (Yes, I am a geek.)

This gets back to my continuing questions about where gravity comes from. (It’s one of those wonderful physics conundrums.)

I think we’re underestimating the power of EMF.

EMF seems to be one of the most reliable indicators of paranormal activity.

But, of all the energy forms an entity could use, why EMF?

More questions that pique my interest:

Okay, those are my random thoughts, and even I can see that some have more merit than others. I’m just throwing them onto this page so they’re out there (no pun intended) and I can take another look at  all of this, later.

Here are some of the articles that sparked this train of thought:

KEMO’S JOURNAL – Mysteries(This was at: kemo-d7.livejournal.com, now deleted. If you know where this blog moved to, let me know.)

That was a fairly lightweight discussion.  The next one is the article that really started the gears turning, but even I don’t fully understand everything the author is talking about.

anakupto: Are There Mysterious Forces Lurking in Our Atoms and …anakupto.blogspot.com11/9/11

Are There Mysterious Forces Lurking in Our Atoms and Galaxies? | Physics & Math | DISCOVER Magazine: “Physicists stalk a delicate “fifth force” of nature, hidden within the interstices of the other four. What they have not …

Somewhere in-between is this “technicolor” article from April 2011:

A fifth force of nature detected at Fermilab? – Popular Science and …

Yesterday, Fermilab www.fnal.gov announced that scientists at the Tevatron particle accelerator discovered an anomaly that could hint at a completely new particle, as well as at a fifth force in the universe. This could be really …

Next, interesting concepts and info, framed in an article/blog post that’s… well, a little eccentric.  It’s like reading a page from a novel, with a bunch of science ideas thrown in.

Einstein Was Busy Pondering A Fifth Force Of Nature …

Einstein Was Busy Pondering A Fifth Force Of Nature. Posted on June 26, 2011 by bwinwnbwi.

“So,” Tom shot back at Sara, “you’re telling me that all the stars and galaxies are speeding away from the Earth at close …

I have no idea where any of this leads.

I just keep scratching my head and asking no one in particular, “Why EMF?” when I’m looking at paranormal phenomena.

This article relates to later posts in the Broome Theory series.