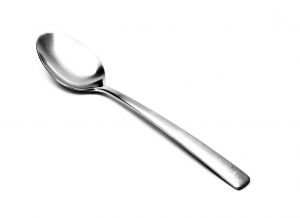 This isn’t exactly about ghosts.

It started with an action poem by Billy Collins is a good starting point for discussions about the dead (aka ghosts, spirits, or those who’ve crossed over): the dead.

That got me thinking.

After several decades of investigating ghosts, I’ve formed a few opinions.  One of them is this: Ghosts usually react to us the same as they did (or would have) in life.

They’re still the same people… right? The difference is their physical forms.

If you attribute more (or less) to them than you would if they each had physical form, that’s relatively unfounded speculation. (Also, maybe they still have bodies in their new realm of existence.  We just can’t see their bodies — or see them clearly — when they visit our world.)

But, as ghost hunters, the poem raises questions.

If a ghost has communicated in a particular way in the past, focus on that.

(Remember in the movie, Ghost, when the Patrick Swayze character struggles to move objects in the subway, following Vincent Schiavelli’s instructions. Sometimes, spirits need time to learn to manifest.)

Even if the manifestation makes you uncomfortable – such as the ghost at The Falstaffs Experience who breathes on women – always ask the spirit to repeat what they did before, exactly.

If you’re sure a ghost is nearby but not responding to you, here are some ways to communicate:

1. Use your EMF meter (or dowsing rods, pendulum or hiking compass) to record responses to questions. One surge can be “yes,” and two can be “no”… or something like that.

2. Tapping seems to be popular among spirits. Recommend that the spirit tap on something that will make noise easily. (In the 19th century, a tambourine was used by some mediums. Even a soft tap on a tambourine can sound very loud.)

3. Bring a small, light, smooth ball with you, or a feather, and ask the spirit to move it. (Video this, if you can. Sometimes the movement can be so slight, you’ll think that you’re imagining it, unless you can study it later — frame by frame — on your computer.) You can use a lit candle for this, too, and ask the ghost to make the flame move or flicker.

KEEP IT SIMPLE. MAKE IT EASY.

Make it easy for the spirits to communicate. You’re asking them to influence physical objects in our world, from their non-physical (or at least “other”) world.

Then again, the spirit may believe that matter can’t be influenced without physical effort… and he (or she) doesn’t have a body to do that.

Consider this: What if you learned to influence matter without physical contact, or with very little? Could you show the spirits how to do this? Would your understanding of the process help? Could that be shared empathically? 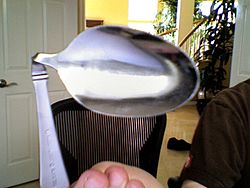 My spoon had begun to bend. I hadn’t even realized.

The metal was completely pliable, like soft plastic. It wasn’t particularly hot, either, just slightly warm. I easily bend the bowl of the spoon in half, using only my fingertips. This didn’t require any pressure at all, just guiding with my fingertips.

I put the bent spoon aside and tried a fork. After a few moments of rubbing, the fork twisted like a pretzel. It was easy. I bent several more spoons and forks. …

Of course, spoon bending has been the focus of long-standing controversy. Uri Gellar, an Israeli magician, who claims psychic powers, often bends spoons, but other magicians, such as James Randi, claim that spoon bending isn’t a psychic phenomenon at all, just a trick.

But I had bent a spoon, and I knew it wasn’t a trick. I looked around the room and saw little children, eight or nine years old, bending large metal bars.

They weren’t trying to trick anybody.”

To help ghosts communicate with us, perhaps we should explore related “paranormal” phenomena. Maybe we learn the rules of their world. With those insights, we may be able to connect with the spirits more readily.